I can break the 8 for NPP as Presidential candidate; Bawumia,Alan can't - Kennedy Agyapong 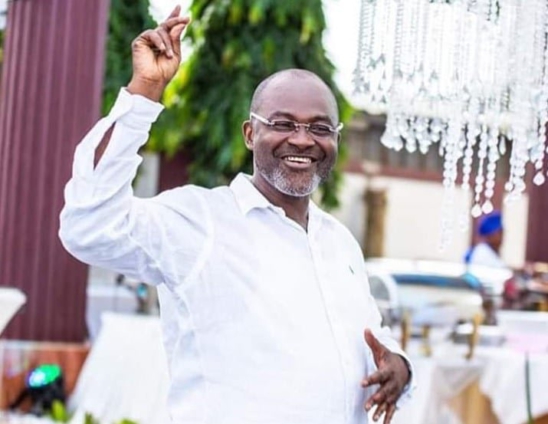 VIDEO: I can break the 8 for NPP as Presidential candidate - Kennedy Agyapong
30.5k Shares

The Member of Parliament for Assin Central constituency, Kennedy Ohene Agyapong says he is the best option for flagbearer if the New Patriotic Party wants to win the next election.

Reiterating his presidential ambitions, Mr Agyapong said is the best person to "break the eight" because of the favourable perception Ghanaians have of him.

He said it was time for a new face with a good reputation if the NPP wants to win a third four-year term.

"Ghanaians see me as somebody different from real politicians who always think of the next election and therefore are not able to speak the truth," Mr Agyapong said in an interview on Citi TV.

"Ghanaians see me as somebody who is bold, who speaks the truth, who cares for the ordinary people with my philanthropic work and they look at those things and say 'a businessman', we have tried so many professions let's try a businessman too and I qualify for that".

He said frontrunners for the party's flagbearer slot Vice President Mahamudu Bawumia and Minister of Trade, Alan Kyerematen would not be good choices because they are part of the cabinet that took the decision to take the country to the International Monetary Fund (IMF).

"It will not be good for the party because they are part of the cabinet that took the decision to take us to the IMF," he said.

He also stressed that the government had failed by going to the IMF for economic support although he maintained that it was not the fault of the NPP but rather the COVID-19 pandemic and the Russia-Ukraine war.

He said explaining this well to the electorate will give the NPP a better chance to win the 2024 elections.