I am not biased - Alban Bagbin 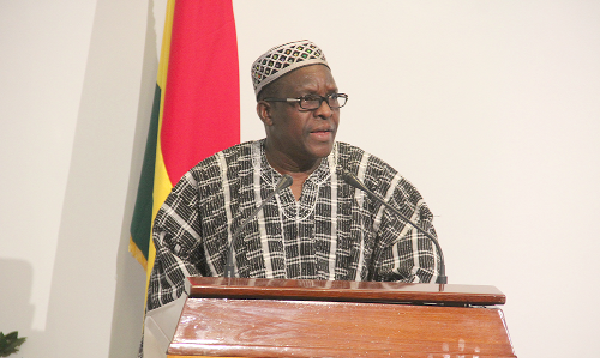 The Speaker of Parliament, Mr Alban Bagbin, has said that although he is human and can make mistakes, that does not mean that he is biased.

According to him, his rulings had shown that he had disagreed with both the majority and the minority on different occasions.

“But to be categorised as being biased, obstructing government business or being partial is just the figment of the imagination of people who are stuck to the old order where they are used to power, power of the majority,” he said

“This is what we want and we must get it. That is the position. If not, my rulings have shown that I have disagreed with both majority and minority at different times and I have ruled against both. And so it is really a surprise that because some of my colleagues … don’t understand that the eighth Parliament of the Fourth Republic is completely different from the other Parliaments of the Fourth Republic.

Speaking on GBC’s ‘Moomen Tonight’, Mr Bagbin noted that there was a change of the composition and focus and direction of the eighth Parliament that needed a different type of leadership, adding, “We cannot continue to use those old rules; we have to develop new rules, the rules that would put forward the decisions of the good people of Ghana”.

Asked whether he was proud about what he had supervised over the past one year, he said no one would be proud of violence.

According to him, God’s hands was on what was happening in the country.

“God’s hand is in whatever is happening in the Parliament of Ghana. We always say when you sow the wind you would reap a whirl wind. No wonder, the wind that was sowed on the January 7, 2021 was reaped at the end of the year in December of the same year,” he explained.

Mr Bagbin noted that a similar thing happened to the country at the inception of independence yet Ghanaians had not taken notice of that.

He said, among other things, that the struggle for independence sowed the wind and “you saw how the interruptions came in 66, how it came in 72, how it came as a stronger force in 79 and these are lessons for us to learn because you can never reap what you have not sown: it is what you sow that you will reap”

“That is why we have the wise saying that do unto others as you want others to do unto you. That should govern our lives as a people as a nation”.