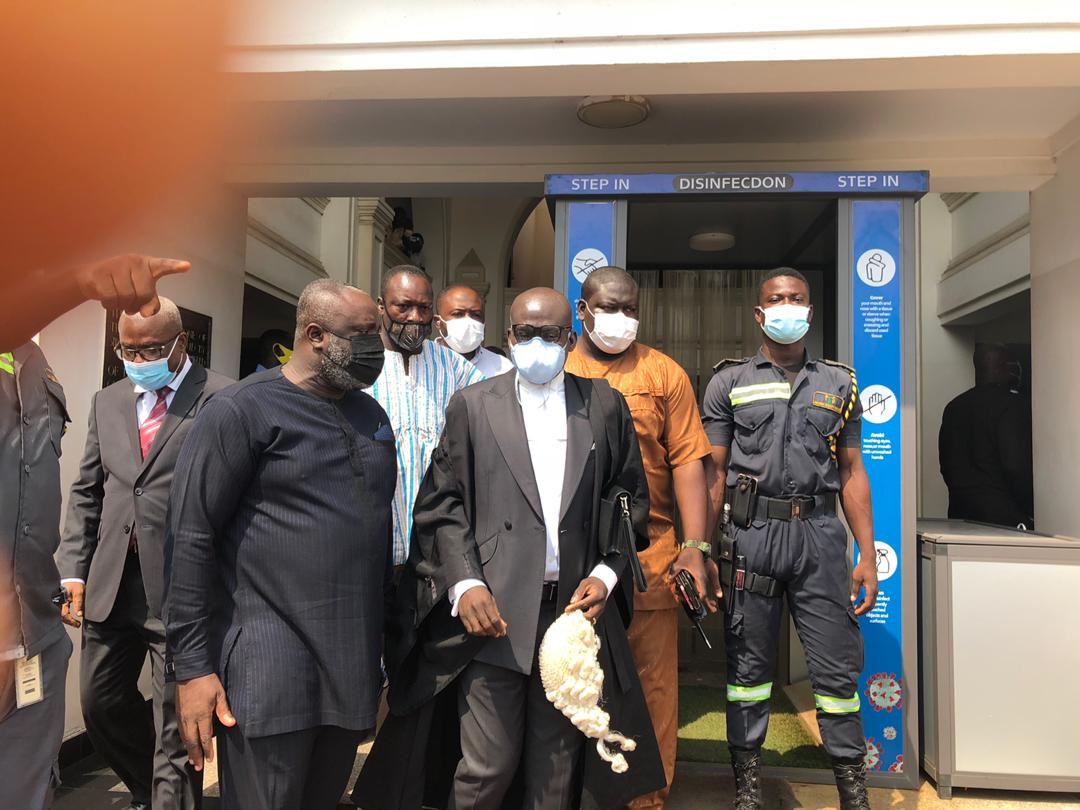 The Supreme Court has quashed an order of the Ho High which placed an injunction on the gazetting of the New Patriotic Party (NPP) Member of Parliament-elect for Hohoe, Mr John-Peter Amewu.

The apex court has also quashed another order by the Ho High Court which placed an injunction on the Electoral Commission (EC) from presenting Mr Amewu to Parliament as MP-elect for Hohoe.

This decision by the court followed a certiorari application filed by the Attorney-General.

In a unanimous decision Tuesday (January 5, 2020), a five-member panel of the apex court held that the Ho High Court had no jurisdiction to grant the two orders.

According to the court, the orders by the court were in the nature of parliamentary election petition, but the original case which led to the orders were a human rights violation case and therefore the Ho High Court had no jurisdiction.

Consequently, the court quashed all the proceedings on December 23, 2020, during which the Ho High Court, presided over by Justice George Buadi granted those two interim orders.

The Supreme Court, however, declined a relief by the Attorney-General to prohibit Justice Buadi from hearing the rest of the cases at the Ho High Court which relates to the alleged human rights violations.

The Supreme Court further held that the legal dispute at the Ho High Court was a human rights case as a result of the decision of the Electoral Commission (EC) not to allow the people of Santrokofi, Akpafu, Likpe and Lolobi (SALL) from voting in the parliamentary elections in the December 2020 elections.

The court wondered why Mr Amewu the MP-elect for Hohoe should suffer due to a decision taken by the EC.

“Mr John Peter Amewu has nothing to do with the denial of the people of the SALL area to vote in the parliamentary election.

He was not an agent of the EC, he was just a candidate who put himself up for election,” the court held.

According to the court, the five individuals were challenging an alleged violation of their human rights due to the action of the EC, and therefore there was no need for Mr Amewu to be dragged into it.

The court accordingly struck out all the reliefs filed by the five individuals at the Ho High Court which relates to parliamentary election petition.

On December 23, 2020, the Ho High Court, presided over by Justice George Buadi, placed an injunction on Mr Amewu’s gazetting following an application by five individuals led by the National Democratic Congress (NDC) parliamentary candidate for Hohoe in the 2020 election, Professor Magaret Kweku.

It was their case that the Electoral Commission (EC) prevented the people of Santrokofi, Akpafu, Likpe and Lolobi (SALL) from voting in the parliamentary elections in the December 2020 elections, and allowed them to only vote in the presidential elections.

On December 29, last year, the A-G, who was a respondent in the legal action at the High Court, invoked the supervisory jurisdiction of the Supreme Court seeking an order of certiorari to quash the injunction placed on the gazetting of Mr Amewu.