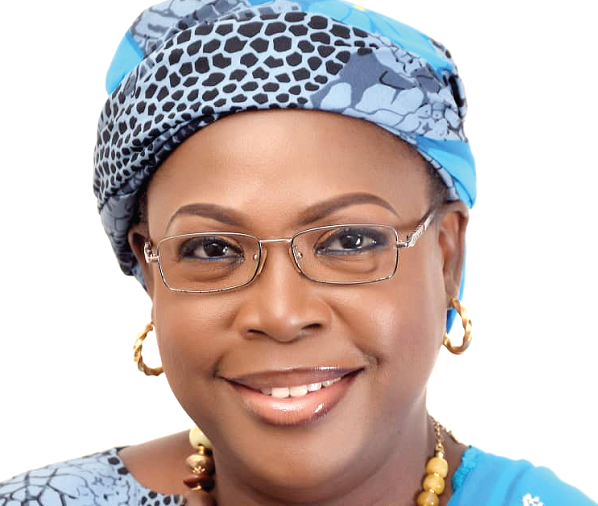 On January 7, 2021, Hajia Zuwera Ibrahim, the National Democratic Congress (NDC) Member of Parliament (MP)-elect for the Salaga South Constituency in the Savanna Region, and the rest of her colleagues would be sworn into Parliament.

Hajia Zu, as she is affectionately called by her colleagues, would have made history as the first female MP in the Salaga area since the Fourth Republic and of course, the entire new Savanna Region.

That is not all; she will also be the lone ranger: the only female MP in the whole of the Northern and Savanna regions.

Hajia Zuwera, a product of Tamale Senior High School (Tamasco), beat her senior, also an alumnus and Savannah Regional Minister, Mr Salifu Braimah, to snatch the seat from the latter whose attempt to retain it for the second time fizzled out on December 7, 2020.

The new MP-elect expressed appreciation to the chiefs, opinion and religious leaders and all the Salaga South constituents for believing in her message of hope and transformation.

She also thanked former President John Mahama and the leadership of the NDC for giving her the opportunity to contest on the ticket of the party.

“I thank them for accepting me. I cannot tell my story without paying glowing tribute to my late father, Professor M. Z. Ibrahimah, a former Rector of the Tamale Technical University and the Kuntundawura, a sub-chief of the Kpembe Traditional Area,” Hajia Zuwera added.

According to her, the good works of her father also largely influenced her election because he left his footprints in the sands of time.

Hajia Zuwera was born to Mrs Adisah Nassamu Ibrahimah and Prof. M.Z. Ibrahimah, both deceased. The 50-year-old communication specialist had her basic education in Winneba in the Central Region and secondary education at Tamasco. She proceeded to the University of Cape Coast, University of Ghana, University of London in the UK and Trent University, Canada.

The MP-elect is also a development specialist and  social democrat by ideology. She is happily married with two biological children and many adopted kids.

She expressed her passion in human development and said her main focus would be in creating opportunities for the youth, women and the vulnerable.

“I hope to raise awareness of a clean and self-sustaining environment, infrastructure and human capital development.

“It is my fervent belief that the environment shapes our circumstances in life and infrastructure becomes the conveyor belt to life-changing experiences,” she said.