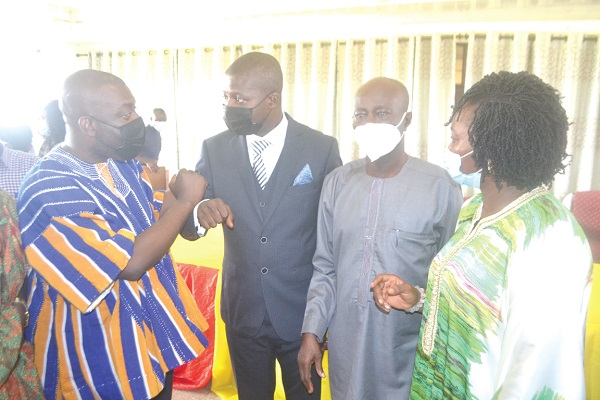 The confirmation of Mr Nkum, who is the President of the National Association of Local Authorities of Ghana (NALAG), is the first to be done across the country since the announcement of the nomination of the new MMDCEs last Sunday.

Per the membership of the 52-member assembly, for a nominee to be confirmed as the DCE, the person must garner at least 35 votes which form two-thirds majority of votes of the assembly members.

At the end of the election, which was supervised by officials of the Electoral Commission led by the District Electoral Officer, Madam Loretta Lartey, 39 assembly members voted in favour of the nominee while 13 voted against him.

Addressing the ceremony, Mrs Assan thanked the assembly members for burying their differences and confirming the President’s nominee in the supreme interest of the people of Gomoa West.

She said the confirmation of the DCE would enable the district to put in place the needed policies and programmes to improve the living conditions of the ordinary people.

“I urge you to rally behind the DCE so that with a sense of togetherness, you can work to change the lives of the people,” she said

For his part, Mr Oppong Nkrumah commended the assembly members for setting the pace in the entire country by endorsing the nominee.

He further entreated the assembly members to remain united and work towards the growth of the district.

“I urge all MMDCEs after their confirmation to hit the ground running to discharge their mandate effectively and efficiently for the betterment of the people,” he stated.

In his acceptance speech, Mr Nkum called for unity of purpose among them, chiefs, staff of the assembly towards the progress of the district.

“With unity among us, we will be able to attract the needed social amenities and other projects towards the transformation of the district,” he stated.