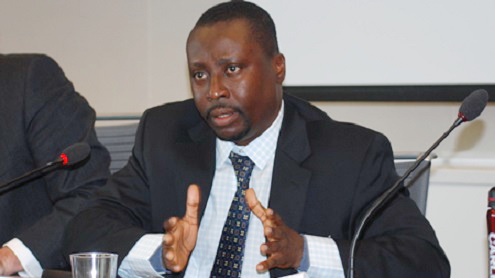 The Deputy Executive Director of Ghana Centre for Democratic Development (CDD), Dr Franklin Oduro, has raised issues with the resort to manual verification of voters during last December’s referendum, saying it created room for circumventing electoral rules to perpetuate anomalies.

He said it was not illegal to do manual verification of voters during voting but argued that the mass level at which the practice was carried out during the referendum raised issues of credibility of the polls.

He said he was not surprised that the two main political parties in the country, the New Patriotic Party and the National Democratic Congress, did not raise issues with such anomalies because they supported the creation of new regions.

Dr Oduro raised the issues when making a presentation on the topic: “The 2018 Referendum: Lessons for 2019 Referendum and Elections 2020,” at a strategic partner learning event organised by NORSAAC, a civil society organisation (CSO) in Tamale last week.

The event, which formed part of NORSAAC’s “Referendum We Want” project, and supported by STAR Ghana Foundation, was attended by state institutions, Civil Society Organisations, political parties, traditional authorities and the media.

The objective of the event was to share NORSAAC’s observation report on the December, 2018 referendum on the creation of new regions for the participants to assess the conduct of the referendum, make recommendations to help improve the conduct of subsequent elections, especially the referendum scheduled for September, this year.

Dr Oduro said there was no report of mass malfunctioning of the biometric verification devices, adding that the failure to biometrically verify most of the voters created room to perpetuate the anomaly.

He said: “If we use discredited means to get a certain outcome against the will of the people, the consequences will be dire for the country.”

He said the referendum to be held in September on the election of MMDCEs was complex in terms of the issues involved, and called for more resources for state bodies to undertake effective public education on the referendum to ensure that the public was well informed to vote appropriately.

The Northern Regional Director of National Commission for Civic Education, Alhaji Abdul Razak Saani, called for efforts to build public confidence in the Electoral Commission ( EC) for people to believe that it was doing a credible job.

The Tamale Metropolitan Director of the EC, Mr Andani Issah Natogma, said the commission would enforce the rules to ensure that nobody went beyond the electoral laws to perpetuate illegality during polls.

The Executive Director of NORSAAC, Mr Alhassan Mohammed Awal, called for measures to ensure that the flaws observed during the referendum in December were not repeated in subsequent polls to affirm the integrity of polls.