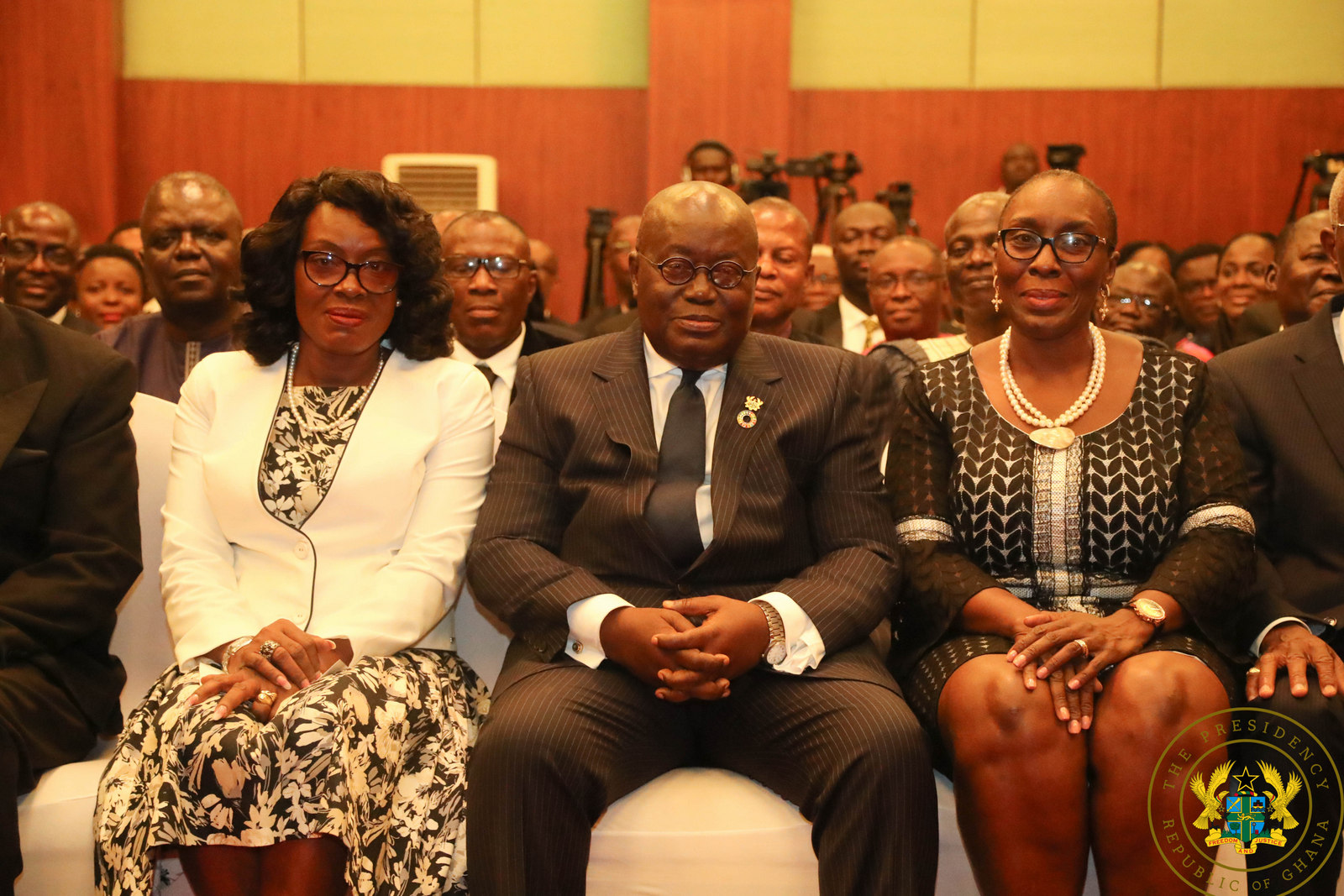 The President, Nana Addo Dankwa Akufo-Addo, has paid glowing tribute to successive Presidents and governments who, he said, played important roles, over the years, in ensuring a favourable verdict was handed down by the International Tribunal on the Law of the Sea (ITLOS).

According to President Akufo-Addo, “this victory could not have been achieved through the actions of one person, one political party or one government. It has been a collective effort, and the important roles played by successive Presidents and governments, should not be overlooked, discounted or understated.”

President Akufo-Addo made this known on Thursday, 19th October, 2017, at a ceremony held in honour of the legal team that represented Ghana in her maritime boundary dispute with Cote d’Ivoire

Expressing the nation’s appreciation to the team, President Akufo-Addo noted that “you have helped guarantee not only the possibilities of development, progress and prosperity of our country, but also that of successive generations of Ghanaians yet unborn, who will be beneficiaries of the revenues, hopefully, to be accrued from the commercial exploitation of our maritime resources and potentials.”

In paying tribute to the role played by successive governments, President Akufo-Addo noted that it was under the farsighted leadership of former President J.J Rawlings that the Ghana National Petroleum Corporation (GNPC) was established. 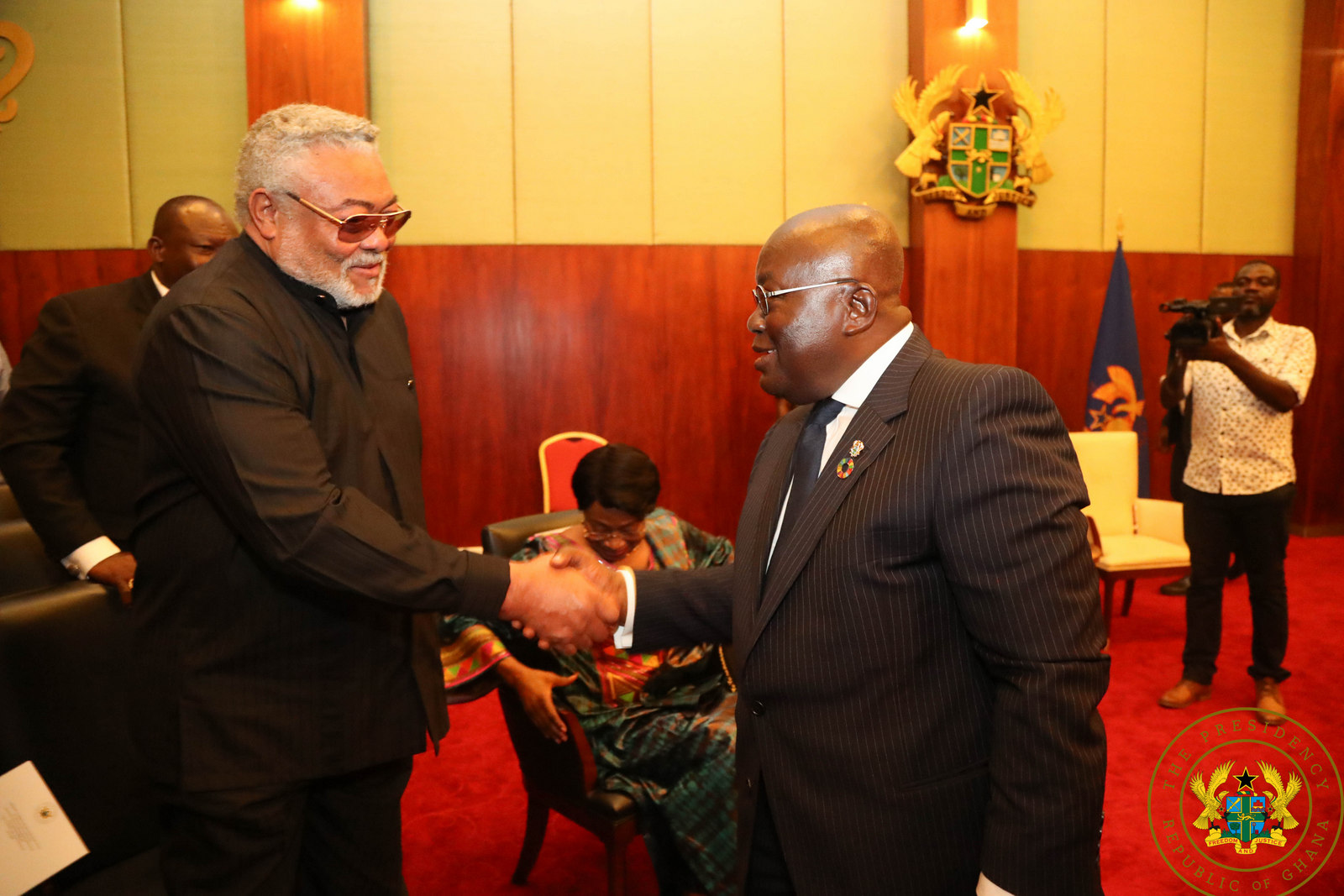 GNPC, the President said, was set up to be a strategic, commercial vehicle to help accelerate the pace for the exploration of oil and gas, and under the leadership of Tsatsu Tsikata, played a pioneering role in gathering, analysing and interpreting data for oil and gas exploration, and beginning to attract other companies to participate in the exploration.

“It was under the leadership of my former boss, the former President of the Republic, His Excellency John Agyekum Kufuor, that GNPC was restructured to ensure that it focused on its core activity of exploration, and the promotion of the oil and gas potential of the country,” President Akufo-Addo said.

He continued, “Under him, the fundamentals of our macroeconomy were stabilised, enhancing our appeal as an investment destination. A combination of the new fiscal regime and GNPC's promotional activities yielded results, as a number of oil exploration companies invested in Ghana, which led to the discovery in 2007 of the Jubilee Fields, followed by a quick succession of other discoveries, including the TEN fields.”

President Akufo-Addo also recounted how in July 2008, Ghana began preparations for the establishment of the outer limits of the continental shelf beyond 200 nautical miles, and highlighted the unique role played by the then Minister for Lands, Forestry and Mines, Prof. Dominic Fobih, who discovered and brought to the attention of President Kufuor’s administration, the conditionality of the United Nations Convention on the Law of the Sea’s (UNCLOS) approaching deadline of 13th May, 2009.

The President noted that in 2010, the late President of the Republic, His Excellency John Evans Atta-Mills, set up a 10-member Ghana Boundary Commission to undertake negotiations with Cote d’Ivoire to delimit the maritime boundary.

“It was in 2014 that my immediate predecessor, His Excellency John Dramani Mahama, took the courageous decision to initiate arbitration. Through a Notification and a Statement of the claim, dated 19th September, 2014, Ghana invoked the jurisdiction of ITLOS, after ten rounds of negotiations between Ghana and Cote d’Ivoire had not yielded any result.

In turning to the Tribunal, Ghana’s primary objective and interest was to secure legal certainty, and, thereby, bring finality to a dispute with a valued neighbour,” he said.

Upon his assumption of office in January 2017, and to continue from the work that had been done, the President noted that he constituted a legal team, headed by the new Attorney General Gloria Afua Akuffo, and his team working together with the team led by the former Attorney General, Marietta Brew Oppong, and the foreign lawyers.

“It was the co-operative effort of all of them that secured the famous result of 23rd September, 2017, for our country. And, I am glad to see that several of the foreign lawyers have been able to join us for this brief ceremony. Happily for me, it has been during my presidency that Ghana received the joyful news of this victory,” he added.