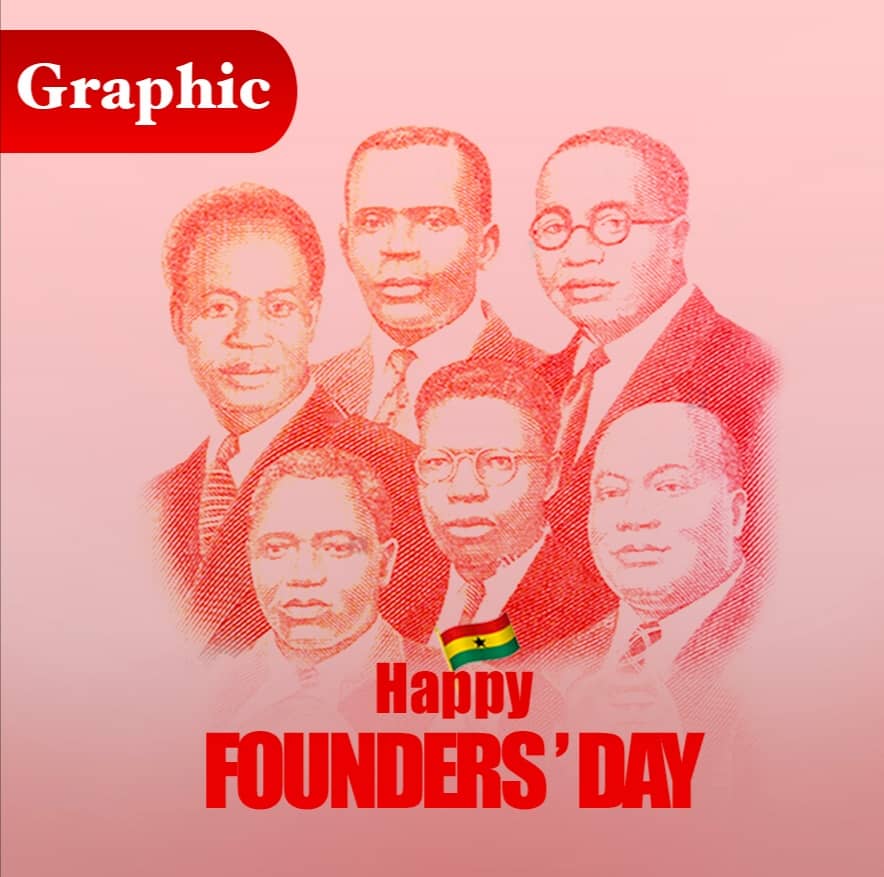 Ghanaians on Tuesday, August 4, 2020 taking a rest from work as they mark Founders’ Day.

The statutory holiday is observed in honour of the pivotal role played by great Ghanaians who laid down their lives in the independence struggle.

As part of events to commemorate the day, a public lecture dubbed “Founders’ Day Public Lecture” will be organised under the auspices of the Ministry of Information at 4p.m. in Accra.

The Speaker of Parliament, Professor Aaron Mike Oquaye, will be taking Ghanaians down memory lane as he delivers the lecture at the event.

It is expected that the renowned historian and politician will pay glowing tribute to the founding fathers, especially the Big Six — Dr Kwame Nkrumah, Dr Joseph Boakye Danquah,

The Speaker will also likely use the lecture to inspire hope in Ghanaians and rally citizens for the national development agenda.

Despite the controversy surrounding the Founders’ Day holiday commemoration on August 4, many Ghanaians will use the opportunity of staying from work for stocktaking, strengthening of family bond and bracing up for work.

But for the COVID-19 pandemic, the beaches and other recreational centres would have been flooded with revellers who would have taken advantage of the holiday to relieve stress.

The Holiday (Amendment) Bill, 2018, however, amended Act 601 and provided for January 7, August 4 and September 21 as additional statutory public holidays.

It also provided for the celebration of May 25 and July 1 as commemorative days.

After the passage of the Act, the Founders’ Day holiday on September 21 was changed to Kwame Nkrumah Memorial Day while August 4 became a new holiday dubbed Founders’ Day.

Also, January 7 became a public holiday in remembrance of the coming into force of the 1992 Constitution, which birthed the Fourth Republic, the longest in Ghana’s history.
Proponents of the August 4 Founders’ Day debate argued that August 4 was made a public holiday in place of Kwame Nkrumah Memorial Day because the real fight for Ghana’s independence started on August 4, 1947, when some Ghanaian patriots such as George Alfred Grant, J.B. Danquah, R.A. Awoonor-Williams, Edward Akufo-Addo, Ebenezer Ako Adjei and some chiefs formed the United Gold Coast Convention (UGCC).

The UGCC was founded on the foundation of the Fante Confederacy of 1868 and Aborigines Rights Protection Society of 1897 for the independence of Ghana.