We’ll deal with persons that will foment violence – IGP warns 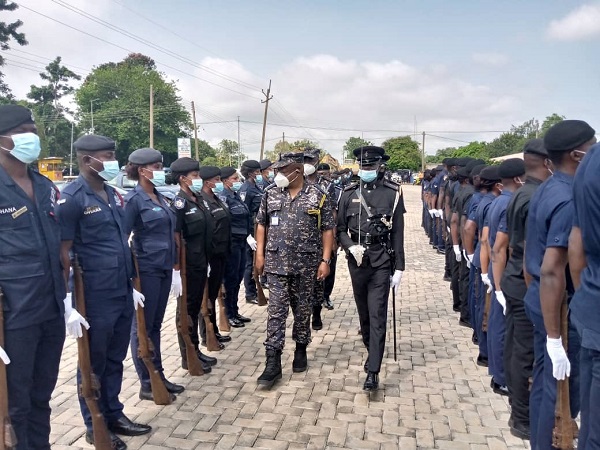 The Inspector General of Police (IGP), Mr James Oppong-Boanuh says the Police will not condone any misconduct from political party faithful before, during and after the elections.

He cautioned that perpetrators will be arrested and prosecuted accordingly irrespective of their political affiliations.

In an interview with the Graphic Online during his one-day working visit to Koforidua on Wednesday, October 28, 2020, he advised that persons going to the polling station should act within the confines of the electoral laws and should not be seen in possession of any offensive weapons.

He explained that his working visit was to assess the operational readiness of the Police in the Eastern Region in anticipation of a keenly contested general election.

The IGP said the Police Operations have earmarked various flashpoints across the country going into the general election and will act accordingly to avert any violence during, before, and after the December polls.

He added that the Police will not be complacent in the discharge of its duty but will remain resolute in its operations at all polling stations and collation centres to protect the sanctity of the election and any impending violence without fail.

He said service personnel that will be deployed at various polling stations and collation centres will have special armlet to ensure easy identification. However, he said the for the sake of prevention of duplicates from unscrupulous persons, the police will not unveil the armlet until the day of the election.

The IGP appealed to police officers in the region to remain very professional in the discharge of their duty during the election period.

He urged them to remain very neutral and not bias towards any political party as demanded by the constitution.

He called on the youth to be wary of politicians that would contract them to foment violence during the period of the election. He urged them not to prioritise the parochial interest of any politicians above the peace of the country.