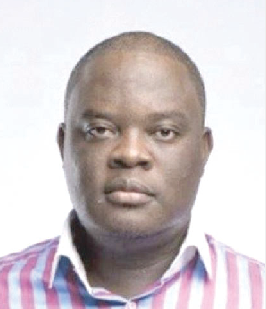 The Tema West Constituency Chairman of the New Patriotic Party, Mr. Dennis Amfo-Sefah, has said that victory for the NPP in the 2024 elections is a surety regardless of whoever leads the party as flag bearer.

Speaking to journalists in Accra, on Saturday, Mr. Amfo-Sefah, who is popularly called Nana Boakye, said the assurance of victory stemmed from the sterling performance of President Nana Addo Dankwa Akufo-Addo in his first term and plans for the second term in office.

“There are so many names making the rounds as to who will be leading NPP into the 2024 elections, whoever it will be, we will be victorious because of the track record that President Akufo-Addo is leaving as legacy for the party.

“We are surely breaking the so -called eight- year jinx in 2024, nothing will stop us,” he stated.

Historically, no party has been able to remain in power beyond an eight-year cycle since the beginning of the Fourth Republic although leadership has rotated between the National Democratic Congress and the New Patriotic Party for the past 28 years.

However, the NPP has declared that it is breaking that so-called eight-year jinx in 2024.

Mr. Amfo-Sefah said the party would make that history because of the great track record that the Akufo-Addo government had racked up for the NPP so far.

“We have delivered on every single promise that we made in opposition — we have established Free SHS, instituted Planting for Food and Jobs, and given the youth jobs through NABCO as promised, there is not a single well-meaning Ghanaian who will want such a resourceful government to leave power. This is why breaking the eight-year jinx will be very easy,” he stated.

He said all of the party’s executives and functionaries were committed to the agenda to break the jinx. “I can assure you that as chairman for instance, I will work hard to ensure that we secure victory in 2024 and with that level of commitment from every party functionary, there is no way the NPP can fail,” he said.

On his chances in his constituency, Mr. Amfo-Sefah told the journalists that he was likely to be retained with a landslide victory since he led his party to win two elections back-to-back, in 2016 and subsequently in 2020.

He said under him, the NPP enjoyed dominance in Tema West because of his friendly, but tactical style of politics.