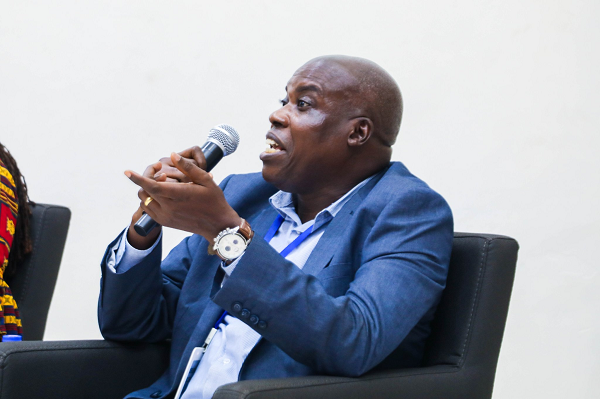 The Director of Research and Innovation at the University of Ghana, Legon, Prof. Joseph Kofi Teye, has bemoaned the excessive politicisation of national issues.

He said it had been the bane of the country's sluggish socioeconomic development.

Delivering the keynote address at the maiden Homecoming Summit of the people of Yilo Krobo in the Eastern Region at Somanya, the municipal capital, last week Tuesday, Prof. Teye, therefore, called on citizens of the area not to allow partisan politics to divide them but to strive to work together for the sake of the development of their communities.

The theme for the maiden event was: "Yilo beyond partisan politics: Harnessing our development potentials."

While urging Ghanaians to always place the national interest above all others, Prof. Teye equally called on the government to also take on board concerns of the citizenry to foster unity and oneness for the development of the country.

Pointing out issues that could minimise the excessive partisanship in the country, Prof. Teye called for transparency in the award of government contracts, saying government contracts should not only be given to members of the ruling party but must be awarded on merit and competence basis and the capacity to deliver.

He further urged ruling elites to treat businesses connected to previous regimes fairly while appointment procedures in the local government ministry should be based on merit rather than party affiliation.

“There should be equity in resource allocation to communities and individuals, irrespective of party affiliation, and supporters of both the ruling government and opposition parties should be involved in the design and implementation of development projects," he said.

He said the theme chosen was based on his conviction that all the sons and daughters of the Yilo Krobo area must partner the assembly to develop the Yilo State with the many natural and human resources available in the traditional area.

The CEO of MCDAN Group of Companies, Daniel Mckorley, who was the guest of honour, lauded the MCE for his foresight for the programme, which he said all the Ga-Dangmes should learn from as they all have the talent and potential of developing their respective areas.

The Eastern Regional Minister, Seth Kwame Acheampong, who also graced the occasion, was full of praise for the MCE for his foresight in organising the Homecoming Summit, which brought together the indigenes to think about the Yilo State.