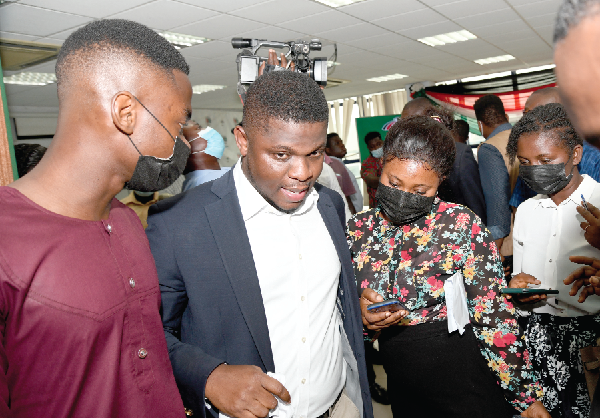 The National Democratic Congress (NDC) has called on the government to scrap the newly introduced taxes on petroleum products to help bring down the cost of fuel and reduce the economic woes of Ghanaians.

It said it was urgent for the government to scrap the special petroleum tax (SPT) of 46 pesewas, the energy sector levy of 20 pesewas and the sanitation levy of 10 pesewas on a litre of diesel and petrol as well as the new increase of 18 pesewas on a kilogramme of liquefied petroleum gas (LPG).

The National Communications Officer of the NDC, Mr Sammy Gyamfi, made the call yesterday at a press conference in Accra.

He also called for the review of other existing taxes on fuel products in line with proposals submitted to the Ministry of Finance and Energy by the Chamber of Petroleum Consumers (COPEC) and other stakeholders in the downstream petroleum sector.

According to Mr Gyamfi, the call for immediate action from the government was necessitated by the high and unbearable cost of living that Ghanaians were experiencing under the President
Nana Addo Dankwa Akufo-Addo’s government which was occasioned by the steep increases in the prices of the petroleum products over the last four and half years.

“Only yesterday, the price of diesel and petrol was increased by 7 per cent. This is the ninth consecutive time in the year 2021 alone that the prices of petroleum products have gone up,” he said.

Mr Gyamfi explained that the “rampant and persistent” increase in the prices of fuel products was an indication of the insensitive and bad leadership of the government and not as a result of the increase in crude oil on the international market as claimed by the government.

Mr Gyamfi said the introduction of “regressive and draconian” taxes by the President Akufo-Addo’s government which berated former President John Mahama for “over-taxing” Ghanaians and promised to move Ghana from taxation to production when elected, smacks of deception and insensitivity of “monumental proportions”.

“The cascading effect of these draconian tax measures have, among other things, led to an escalation in the prices of fuel products, transport fares, building materials, food products and other commodities on the market, without a commensurate increase in incomes, thereby making cost of living unbearable for the vast majority of Ghanaians,” he said.

He said should the government listen to the call by the NDC and act on its advice, the prices of diesel and petrol would come down drastically.