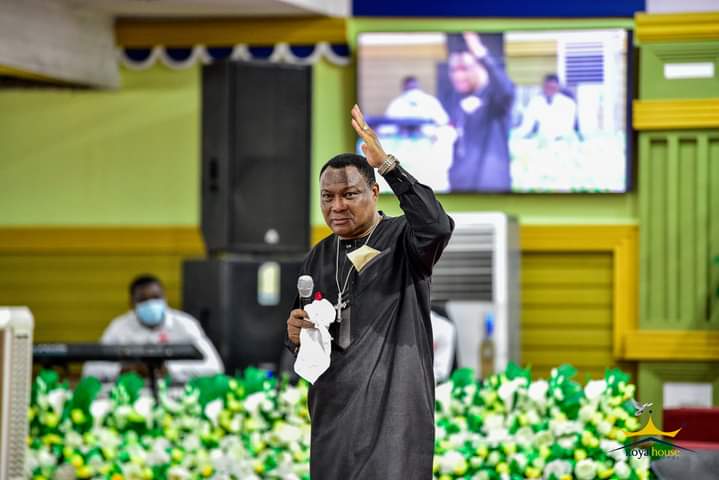 The Founder of Royalhouse Chapel International, Apostle General Rev. Sam Korankye Ankrah has cautioned both politicians and the public to desist from engaging in violence before, during, and after the December 7 polls.

The man of God who has been very instrumental in providing spiritual direction for the country said there is no need for any group of people to take up arms and cause trouble in order to win power.

“Do not incite young people to go to the street to kill and to fight. Do not fall by the roadside and do not be troubled as you go. Do not kill one another. Don’t go and quarrel, don’t fight, because politics is not about fighting, politics is an opportunity to serve”, he advised.

The Apostle General made the call when delivering a sermon in church on Sunday October 25, 2020 in Accra.

He said God's hand prevails in the affairs of men, hence the selection of the next president is in the hands of God.

“Because the selection is in the hands of the Lord almighty God….Only one of the many candidates will be chosen; as such a country that had gone on the road of elections several times and emerged victorious, should not experience anything different this year”.

In the sermon titled “Is There Not a Cause” from Genesis 45:5-8 & 24, the Apostle General referenced the biblical Joseph as a technocrat and politician.

Likening his prison years and the palace to being in opposition and government respectively, Rev Ankrah admonished that losing the election does not mean losing all.

“If you loss you haven’t lost, because the palace is good, but the prison is also good,….Just as it was in prison that Joseph learned the art of service, being in opposition is an opportunity to get acquainted with the people at the grassroots and learn about their needs so that when you come into power, you can serve them better”, he said.

Touching on incumbent administrations and its relationship with the grassroots, Rev Ankrah said “As for those who win elections, I know them very well. As soon as they get to the palace and they take their position as chief butler and they start servicing the wine, they forget the people in the prison”.

“They change their telephone numbers. When you call them they don’t respond again. They only start coming to us again when the elections is close,” he said.
The man of God also advised all political parties to accept the outcome of the elections in order to safeguard the peace of the country.

“If I were a politician and I lose an election, I will never go to war, because I am conscious of the presence of an invisible hand. In fact, even the Supreme Court, I will not go there, because when I go to the Supreme Court I waste everybody’s time. But when I lose an election, I will go back to my God, and I will say God, now I am in prison, help me to serve, help me to hold on to my faith, let me never be angry with you because I lost an election”.

He also urged Ghanaians to vote for aspirants who are filled with the Spirit of God, wisdom, intelligence and knowledge.