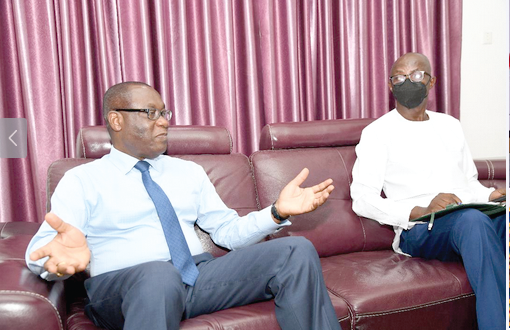 The Chairman of the National Peace Council (NPC), Rev. Dr Ernest Adu-Gyamfi, has appealed to Ghanaians to protect the peace, stability and integrity of the country.

“This is the only country we have and everybody in this country must work towards the peace of our country,” he stated.

In an interview with the Daily Graphic on a wide range of issues, Rev. Dr Adu-Gyamfi, who is also the President of the Baptist Convention, acknowledged that while conflicts might arise along the line, it was important that Ghanaians put the interest of the country first.

He said disagreements and conflicts often arose on the political, chieftaincy, land as well as religious fields among other areas.

“But that should not lead us to that point where our emotions take the better part of us and lead us to do things that are not appropriate. So, let’s safeguard the interests of our country and let our people know peace.

He said the NPC accepted that polarisation was real in t he country.

He said the NPC had been negotiating with the various stakeholders behind the scenes to address the differences among the various groups.

He said the NPC was doing a lot of work behind the scenes but did not publicise them.

“We engage in resolving a lot of chieftaincy disputes. We have a lot of communal issues that come to us. We have religious conflicts that we manage. Then in between, there are also even political issues. Sometimes even in the primaries of the parties, there are issues,” he stated.

Rev. Dr Adu-Gyamfi said the NPC was also engaged in a number of training programmes for Metropolitan, Municipal and District Chief Executives to position them in conflict resolution and management skills.

“Unfortunately, because of the nature of the work and sometimes depending on how sensitive it is, we refrain from putting that information in the public domain. Because anytime there's conflict, tensions are high and we ourselves are at risk,” he said.

Regrettably, he said, members of the public do not understand the nature of the work and expect that the NPC should be speaking to all issues.