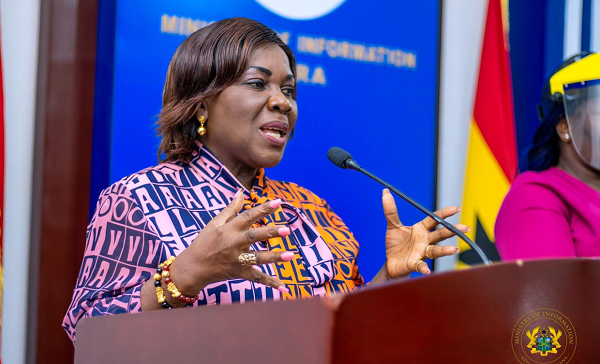 The acting Minister for Gender, Children and Social Protection, Mrs Cecilia Abena Dapaah, has told Parliament that a proposal has been developed to transform the Efua Sutherland Children’s Park into a child-friendly playing facility with the protection of the environment in mind.

In line with the proposal, she said a multisectoral technical committee was currently being constituted to oversee the process.

The committee, as part of their terms of reference, would be tasked to look for resources for the development of the park including the exploration of a public private partnership, she stated.

Speaking on the floor of Parliament last Wednesday, Mrs Dapaah encouraged Members of Parliament, the private sector, individuals and philanthropists to come on board.

“We are also having discussions with the Ministry of Railways Development on their proposal to redevelop the park as part of the construction of a railway line between Accra and Adentan which, when developed, will pass along the park with a station.

“We are still waiting for more proposals to pick the best for the park to be developed,” she assured the House.

The minister stated this when she answered a question by the National Democratic Congress (NDC) MP for Klottey Korle, Dr Zanetor Agyeman-Rawlings, who asked what plans the Ministry of Gender, Children and Social Protection had to develop the Efua Sutherland Children’s Park into an outdoor recreational park.

The MP also enquired why would the park, which was probably the only green zone within the capital, would have a railway line going through it, depriving the city of a green area.

Responding, the minister informed the House that the proposal to have a railway line passing along the children’s park was being reviewed “vis a vis the new trend we want to engage stakeholders on.”

“Mr Speaker, the eco concern will be part of any development that will take place. The concern of keeping the greenery intact will be done,” she assured.
When the NDC MP for Adaklu, Mr Kwame Governs Agbodza, also asked her to assure the House that no railway line would be allowed to pass through the park, Mrs Dapaah said, “I have just conferred with the Minister of Railways Development and it is not on the books now.”

On the question of what steps the ministry was taking to address the increasing numbers of women, children and persons with disability now begging on our ceremonial streets of Accra, the minister outlined various intervention being initiated to address the menace.

To that effect, she said the ministry was developing a strategic plan to guide implementation of operation “Get Off the Street and Live a Better Life”.

“The main objective of this operation is to engage the street connected people, sensitise them to child protection laws of Ghana including other laws that prohibit begging such as the Destitute and Beggars Decree 1969, and dangers of hawking on our streets.

“We advised them to look for jobs to do, send their children to school and leave the streets completely. Almost all those we met during the operation were foreigners and our next step is to get their embassies involved to get those who are still on the streets back to their respective countries,” she said.

Mrs Dapaah also said the ministry had introduced fostering programme which placed vulnerable people, including children, on the streets with foster parents.

So far, 245 children had been placed with foster parents who had been trained, certified and registered, she said.