Politics should not create enmity — Afotey-Agbo 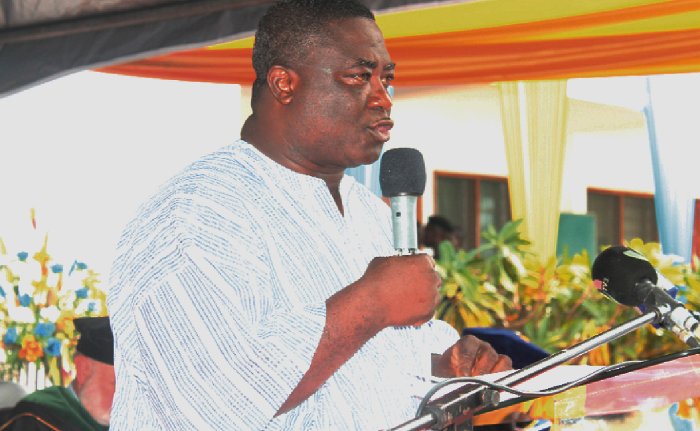 A former National Democratic Congress (NDC) Member of Parliament (MP) for Kpone-Katamanso, Mr Joseph Nii Laryea Afotey-Agbo, has advised assembly members not to allow politics to create enmity among them.

"Politics should never divide us; it is everyone's constitutional right to choose which political party to belong to and that should not make us enemies," Mr Afotey-Agbo stated during the confirmation of Mr Samuel Okoe Amanquah as the Kpone-Katamanso Municipal Chief Executive (MCE).

Mr Afotey-Agbo, who is also a former Greater Accra Regional Minister, said no political party would be in power forever as such, building good relationships was important in the political fraternity.

"Relating well is a strategy I used when I was Minister and MP.

The relationship you build with others would enable you to get the support from them when contesting for a position,” he stated.

He urged the assembly members to be tolerant and embrace all unpleasant expressions from the public as that was part of politics.

He pleaded with them to adequately play their roles in achieving greater results for the municipality.

All the 27 members, including government appointees, voted to confirm the nominee in an election supervised by the Electoral Commission (EC).

The Greater Accra Regional Minister, Mr Henry Quartey, congratulated Mr Amanquah on his appointment and commended the assembly members for the unity they demonstrated by endorsing the nominee.

He charged the MCE not to discriminate in the distribution of development projects in the municipality and called assembly members to bury their differences and unite for the development of Kpone.

The NDC Member of Parliament for the constituency, Mr Joseph Akuerteh, pledged to support the MCE to develop the municipality.

“It is said that after politics development should be the result.

I, therefore, congratulate Mr Amanquah and I have no option than to support him,” he added.

On his part, Mr Amanquah, said the development of the municipality would be a priority and pleaded with the assembly members to join forces to help build the image of Kpone Katamanso.