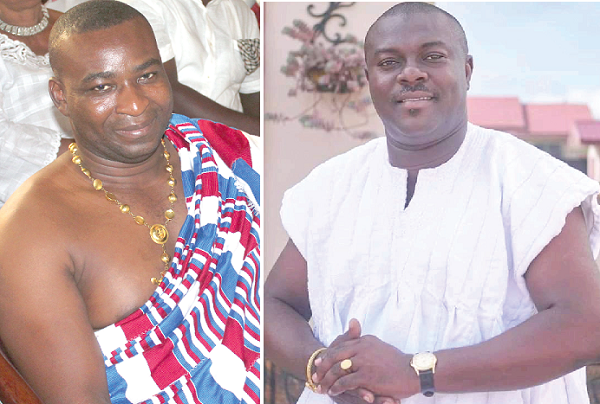 A lot of political jostling is underway in the Ashanti Region as the political parties make last-minute moves to win the heart of the region.

Given the ruling New Patriotic Party’s (NPP’s) ‘Agenda 47/47’, political pundits are keenly watching how the determination of the National Democratic Congress (NDC) to improve on its 2016 performance in what is known in Ghanaian politics as the World Bank of the NPP can come to fruition.

Undoubtedly, the contest in the Ashanti Region has become a two-horse race between the two parties, which has seen them criss-crossing the region canvassing for votes, with only 12 days to the December 7 crucial elections.

Although there are pockets of political activity by the other parties, including the Liberal Party of Ghana (LPG), the Ghana Freedom Party (GFP), the Progressive People’s Party (PPP), the Convention People’s Party (CPP), the Great Consolidated Popular Party (GCPP) and the Ghana Union Movement (GUM) , much attention has been on the NPP and the NDC, whose presidential candidates, their running mates, as well as their regional leaders and foot soldiers, are traversing the length and breadth of the region to woo voters.

While the presidential candidate of the NPP, President Nana Addo Dankwa Akufo-Addo, has been to the region on seven occasions this year, his running mate, Vice-President Mahamudu Bawumia, has also made five visits.


The presidential candidate of the NDC, Mr John Dramani Mahama, has also been to the region on six occasions, mainly for campaign activities, while his running mate, Prof. Jane Naana Opoku-Agyemang, has made two trips.

While the NPP is trying to consolidate its grip on the region by annexing all the seats and shoring up its presidential votes, the NDC, on the other hand, is working hard to improve on its performance and retain its seats and, if possible, increase the number.

Apart from eyeing all the 47 parliamentary seats, the NPP is also looking for at least 90 per cent of the popular votes for its presidential candidate.

Under the party’s retail campaign strategy, campaign teams from the various constituencies visit homes, markets, churches, mosques and other identifiable groups to campaign.

The constituencies have also embarked on health walks, which usually end with mini rallies, where the leaders address party supporters.

For the NPP, its flagship free SHS policy has been a major campaign message. According to the party, if for nothing at all, every Ghanaian, poor or rich, had benefited from that policy.

Aside from that, the Nation Builders Corps (NABCO) and the One-district, One-factory initiative are also game changers.

Unlike the NPP that has set targets for itself in the election, the NDC is focusing on selling its policies and programmes to the people and getting their buy-in, which will reflect in votes and give the party a deserving win.

In the 2016 elections, the NDC’s target was to get at least one million votes from the region. It, however, managed only a little over half of that target.

According to the Ashanti Regional Secretary of the party, Mr Kwame Zu, the NDC was fully aware of the task ahead and would not become complacent with targets.

The party has also been engaging in door-to-door campaigning and health walks to sell its policies and programmes and showcase its track record while in government.

In the view of the NDC, even though the Ashanti Region is not its stronghold, it can boast more infrastructural projects in the region than the NPP.

Mr Zu mentioned the Kejetia Market, the Afari Military Hospital, the Tepa District Hospital and the Sewua Regional Hospital as some of the projects started by the NDC before losing the 2016 elections.

He said the party had taken note of some of the mistakes it committed during the last elections and was correcting them.

“We are focused on the elections and campaigning to ensure that victory becomes ours at the end of the day,” he said.

Clearly, the battlegrounds will be the three constituencies held by the NDC, namely, Asawase, Ejura Sekyedumase and Sekyere Afram Plains.

And a lot of action has already taken place there.

Led by its Regional Chairman, Mr Bernard Antwi Boasiako, aka Chairman Wontumi, who has been the main force behind the Agenda 47/47, the NPP has waged an unprecedented campaign in those constituencies and believes that it has a good chance of winning the seats for the first time.

But the NDC is not ready to relinquish those seats and has also marshalled all its forces towards realising that goal, even as it also looks at other constituencies.

Significantly, Alhaji Muntaka and Alhaji Alidu are the same candidates doing battle for their respective parties in this year’s election.

The CPP candidate, Mr Ivor Kobina Greenstreet, has been to the Manhyia Palace to introduce himself to the Asantehene, Otumfuo Osei Tutu II, and seek his blessings.

This clearly proves it is a two-horse race between the NPP and NDC, and understandably so because the region is pro-NPP and the only party that has consistently made some mark there is the NDC.

For its part, the EC says it is ready to carry out its mandate as prescribed by the Constitution.

According to the Ashanti Regional Director of the EC, Mr Benjamin Banor-Bio, it had recruited 40,422 electoral officers who were being trained for deployment on Election Day.

He said each of the 6,737 polling stations would be manned by six officers.