Police must be decisive on perpetrators of violence — Rt Rev. Osabutey 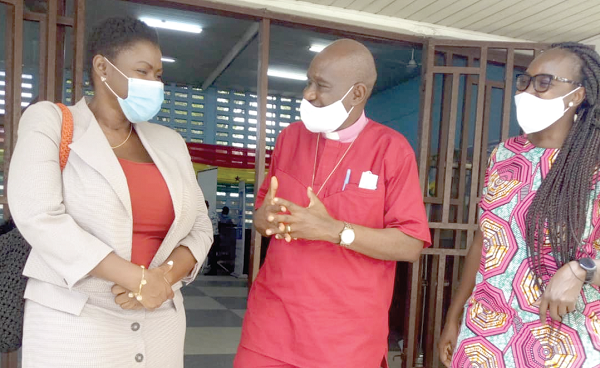 The Chairman of the Greater Accra Regional Peace Council, Right Reverend Samuel Kofi Osabutey, has urged the police to take 'decisive action' against persons and groups who will engage in violent practices before, during and after December 7 general election.

He said the number of hotspots across the country continued to increase after every general election because the police had continuously failed to arrest and prosecute individuals who perpetrated electoral violence.

"These hotspots keep increasing because the police have failed to arrest persons who are involved in these acts of violence so there is no deterrent. We expect the police to take decisive action and enforce the law,” he said.

Rt Rev. Osabutey, who is also the Bishop of the Accra Diocese of the Methodist Church, Ghana, made the remarks in an interview at a sensitisation workshop in Accra today (Friday, November 20) aimed at promoting disarmament of vigilante groups ahead of the 2020 elections.

The workshop was organised by the United Nations Development Programme (UNDP) in collaboration with the National Commission on Small Arms and Light Weapons with funding from the German Federal Government.

It was on the theme: "Promoting disarmament to build peaceful and more secure Ghana."

Rt Rev. Osabutey’s remarks follow a revelation by the Ghana Police Service that it has identified more than 4,000 polling stations across the country as hotspots ahead of the December 7 election.

Hotspots, also known as flashpoints, are polling stations where eruption of violence is often experienced before, during and after elections.

The Ashanti Region recorded the highest number of hotspots (635) followed by the Central and Eastern regions with 537 and 405 flashpoints respectively, a list released by the police showed.

Rt Rev. Osabutey observed that the passage of the Vigilantism and Related Offences Act (Act 999) had contributed significantly to reducing the activities of vigilante groups ahead of the December 7 election.

He however underscored the need for more education on the law to enable the citizenry to appreciate the scope and penalties enshrined in the law to encourage compliance.

“We have observed that there’s low education on the law so the National Peace Council and NCCE are focusing more on public education ahead of the election,” he said.

Peace Analyst at the UNDP Ghana, Ms Melody Azinim, called for the provision of sustainable job opportunities for the teeming youth “to reduce their vulnerabilities to be used as tools to perpetrate violence”.

“It is imperative to listen, engage and work with the youth in discussions on disarmament, non-proliferation and arms control issues as the UN Youth Strategy and Security Council Resolution 2250 (2015) on Youth, Peace and Security encourages countries to do more to promote peace and security,” she said. #GhanaVotes2020

For her part, the Deputy Chairperson of the National Commission for Civic Education (NCCE) in charge of Finance and Administration, Ms Kathleen Addy, urged the security agencies to “give their best during this election so that we can safeguard our democracy”.