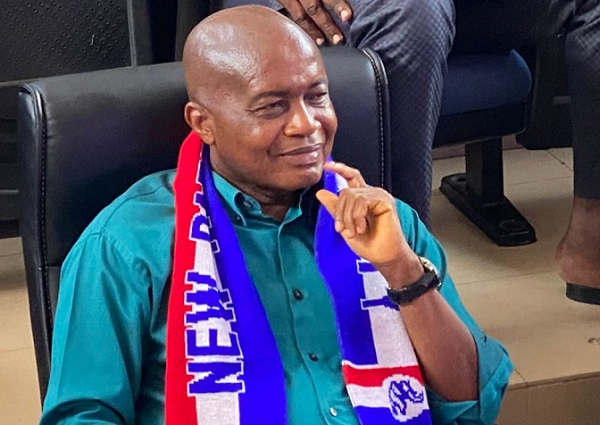 Three aspirants vying for various positions as national executive officers of the New Patriotic Party (NPP) yesterday submitted their nomination forms amid singing and drumming by their supporters.

The front gate of the party’s head office was full of business activities as market women took advantage to mount canopies to sell party paraphernalia.

At the time of filing this report, three aspirants had filed their nominations at the headquarters.

Mr Kodua, who is also the Chief Executive Officer of the Youth Employment Agency (YEA), was the first to file his nomination form at the party’s headquarters.

Speaking to the media after filing his nomination, Mr Kodua explained that the party needed a General Secretary who was tolerant and had a listening ear.

“Going round the party and selling my messages to them, and taking feedback from the party executive, I am very positive that the next time you interview me, you will be interviewing me as the General Secretary for the party,” he added.

Explaining the reason behind her absence to the Daily Graphic, Mrs Boasiako, who is also the Western North Regional Women’s Organiser, explained that as a result of the incumbent’s hard work, they took the decision to support and show their gratitude to her by collectively paying for her forms and filing for the nomination on her behalf.