NDC Hohoe clamouring for me as MP; 'I would've won Wuogon hands down' – Dumelo 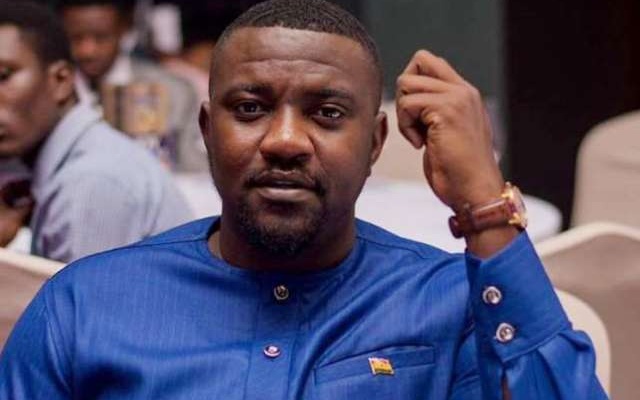 Actor John Dumelo has said the opposition National Democratic Congress (NDC) in the Hohoe constituency, his hometown in the Volta Region, wants him to run for the MP slot – although he would not say if he has decided to do so and when

A few days later, Mr Dumelo’s opposite number in the governing New Patriotic Party (NPP), Rev. Edward Agyekum Kufuor, also an actor, withdrew from the race to represent his party in the January 31, 2019 by-election, which became necessary following the death of MP Emmanuel Kyeremanteng Agyarko in November this year.

Dumelo picked nomination forms for the contest but failed to submit it and some of his opponents alleged that he was not a registered voter in Ayawaso-West-Wuogon was therefore disqualified.

Dumelo himself did not offer any public explanation as to why he pulled out.

A Deputy National Communications Director of the governing New Patriotic Party (NPP), Mame Yaa Aboagye told Daily Graphic that  Dumelo’s decision to pull out from the contest had come at the heels of a revelation that he cannot contest the Ayawaso West Wuogon seat in the Greater Accra Region because he is not a registered voter in the constituency.

Read also: Dumelo is not a registered voter at Ayawaso West Wuogon

Some had also suggested that Rev Edward Agyekum Kufuor who is also an actor was in the race for the ruling NPP and that was why Dumelo pulled out.

However in an interview with Accra based Class FM. Mr Dumelo said: “It wasn’t because of Kufuor’s son that I stepped down, I mean that’s far from it”, adding: “JM [John Mahama] and [President] Nana Addo are friends but Nana Addo won’t step down for JM, [and] JM won’t step down for Nana Addo. We’re all friends but it’s a battle, it’s a democracy, so that is why we will enter into it”.

“It was just on personal grounds”, he stressed.

“I mean if it was Kufuor’s son or anybody else who was standing up against me, I don’t think they would have won. I think I would have won it hands down, [but] God’s time is the best.

“After all, I come from Hohoe, and Hohoe is my home and I’ve been going there for the past three or four years and they, as well, want me to come and stand there”, he told Class FM.

Asked if the NDC stood a chance of winning the Ayawaso West Wuogon by-election, Mr Dumelo said: “If we work hard, we’ll be able to capture the seat, but you know how it is; I mean the NPP in power at this point, and they will obviously bring all their machinery down to be able to win the seat. Same as the NDC but just that we are in opposition and there’s always this incumbency thing that always plays … especially for by-elections, so, let’s just hope that the NDC wins this by-election”.