Prof Kwesi Botchwey tipped as running mate to Mahama for 2020 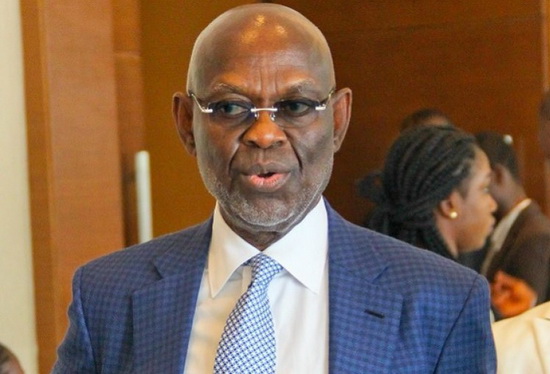 It has been gathered that Prof Botchwey's name came up for the appointment at a meeting today [Monday] - August 19, 2019 - and would be announced later.

Graphic Online gathers that President John Mahama presented his name as his choice for the running mate position to a meeting of Council of Elders and Regional Chairman of the NDC today [August 19, 2019] and the meeting overwhelmingly endorsed it.

The move formed part of the consultation processes for the appointment of a running mate for Mr John Mahama in the 2020 presidential election.

Similar consultative meetings would be held with other stakeholders of the NDC in the appointment of the running mate.

However, there are other competing interests in the selection of a running mate.

There are some other people lobbying for the position and they have all thrown their curriculum vitae (CV) for consideration.

Key names such as Dr Kwabena Duffuor, Kwesi Ahwoi, Prof John Gatsi, Nii Okoi Dsane, Alex Mould are some of the names that have prominently come up for the running mate position.

But sources close to Mr Mahama say he [Mahama] was relaxed about who will become his running mate since he has gone through the process of selecting a running mate before, in 2012 and 2015, and he has always had a fair idea of who he will select for the 2020 presidential election.

Currently, there is a broad consultation ongoing within the NDC hierarchy.

Among them are consultations with the Council of Elders and the National Executive Committee (NEC).

As of now, who partners JM is what political analysts are waiting to unravel.

The Daily Graphic report of the selection of a running mate is false.