KNUST has no hand in ‘controversial’ statue of Asantehene 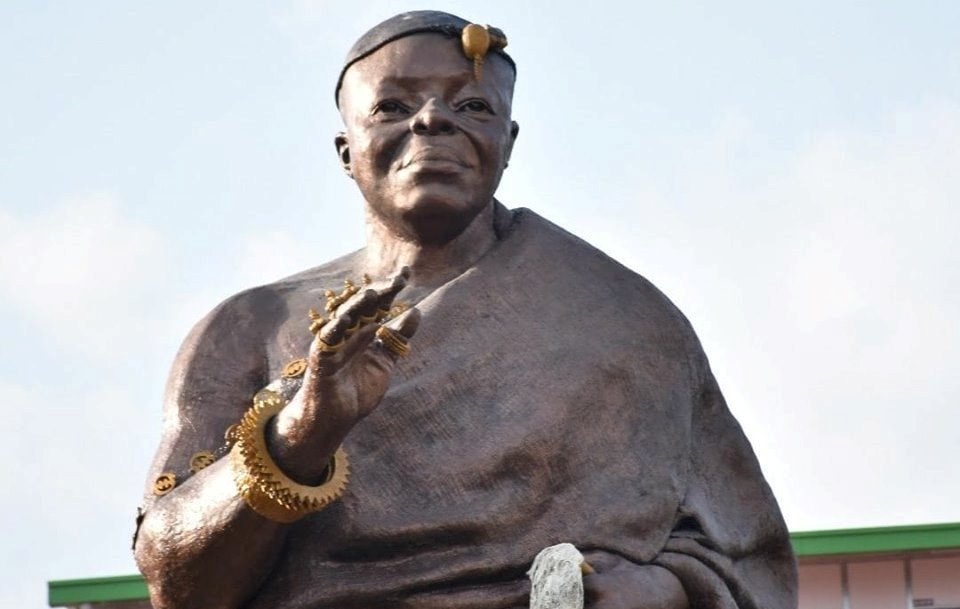 The Kwame Nkrumah University of Science and Technology (KNUST) has distanced itself from the controversial statue of the Asantehene, Otumfuo Osei Tutu II who is also Chancellor of the University.

The statue which was unveiled last week at the Kejetia Lorry terminal sparked public displeasure with some taking to social media to express their disappointment with the art.

The University in a statement denied allegations that the contract was awarded to the Department of Painting and Sculpture.

“The contract to produce Otumfuo Osei Tutu’s statue was never awarded to the Department of Painting and Sculpture, KNUST,” the statement noted.

KNUST in the statement said the said contract was instead given to two lecturers of the department in their personal capacity.

“The project was undertaken by 2 lecturers in their individual capacities,” the statement added.

Below is a full copy of the KNUST

“Our attention has been drawn to publications on various media platforms to the effect that the statue of our revered Chancellor and Asantehene, Otumfuo Osei Tutu II, erected at the Kejetia Lorry Terminal was produced by the Department of Painting and Sculpture of this University.

We would want to clarify the issue as follows;

The contract to produce Otumfuo Osei Tutu’s statue was NEVER awarded to the Department of Painting and Sculpture, KNUST.

The project was undertaken by 2 lecturers in their individual capacities.

Hence, KNUST as an institution had nothing to do with the production of the statue.

With our technical expertise, we are however more than willing to assist the public in the production of excellent monuments.” 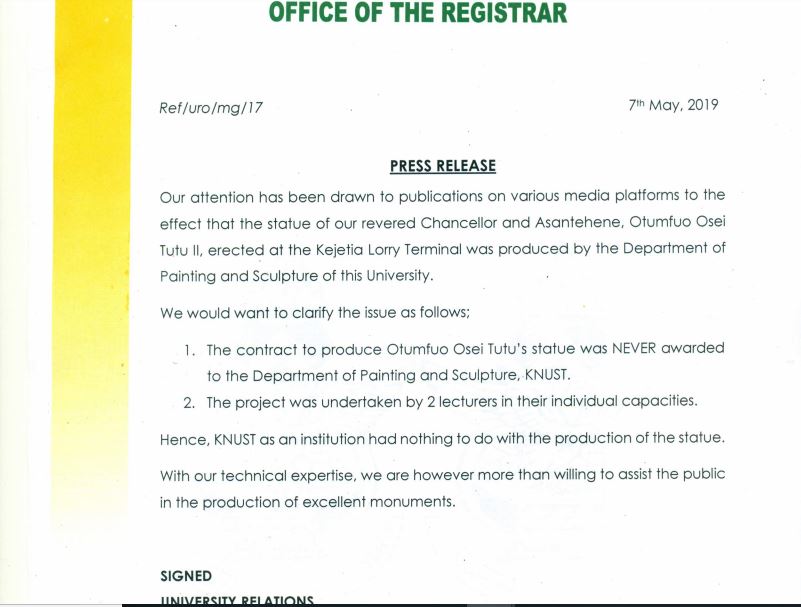 The statue was unveiled by President Akufo-Addo on May 2 as part of activities to mark the 20th anniversary of the Asantehene.

It has been at the centre of social media trolls following what the public say was a poorly constructed artefact.

Residents in the Kumasi metropolis are also angry at city authorities for superintending over the construction and unveiling of a bad monument in honour of the Asante King.