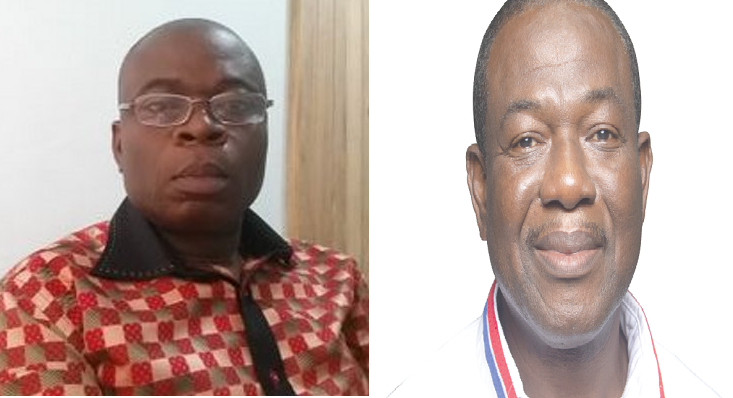 Consistently, the New Patriotic Party (NPP) keeps increasing its votes in the Ketu North Constituency but is yet to win the parliamentary seat since 1992.

The NPP’s parliamentary candidate for the constituency, Mr Samuel Kofi Dzamesi, who is also the Minister for Chieftaincy and Religious Affairs, will be making a fifth effort in his bid to win the seat for the NPP.

He started the journey in 1996, 2004, 2008, 2016 and now 2020. In all his attempts, Mr Dzamesi performed well with the huge votes he garnered in a constituency considered to be a strong hold of the National Democratic Congress (NDC).

Per the records, he is the only candidate in the NPP in the 18 constituencies in the Volta Region who has been able to make such inroads in the region.

The two candidates will be meeting each other for the fourth time. In each of the elections, although Mr Avedzi gets the nod to be in Parliament, the votes of the NPP keep increasing and, therefore, makes the constituency one of the hot areas which attract a lot of attention from both parties during elections.

The records go to prove that the NPP has been performing better with each election. For many in the constituency, it is the love the people have for Mr Dzamesi that makes them keep them voting for him.

In fact, some believe that if not for the party he had represented, he would have won the seat on some occasions, especially during the 2008 election.

Mr Dzamesi has the charisma but as is peculiar to the Volta Region, the people’s bond with the NDC always paves the way for their candidates to win the parliamentary seats.

The perception that Mr Dzamesi is a good candidate in the wrong party still persists and has led to many voters promising a skirt and blouse scenario for the constituency to change Avedzi, with many desiring to end his 16-year reign.

The contest between the two, therefore, promises to be an interesting one, especially with Mr Dzamesi’s party in power and, providing a strong backing to make his dream a reality.

However, the NDC seems not to be much bothered about Mr Dzamesi winning the election because they believe he is an ‘old face’ whose strength has been tested in many elections which have seen the NDC victorious.

“Nothing much will change in this election. The NDC candidate will win,” said Kofi Agbo of Afife, who believes that both candidates will increase their votes as more people are willing to participate in this election than in 2016 which was characterised by apathy in the region and kept many away from the ballot box.

The old saying in the constituency which prevents Mr Dzamesi from winning the elections is still in force: ‘Kofi edzea gbagba na mi loo gake atiglinyi party si me ne ge do eya koe de fu nami,’ meaning ‘Kofi you have done well for us but unfortunately you belong to the elephant party which is our worry’. This had always been the case.

The NDC team, however, believes that the people of Ketu North had tasted development under the NDC and, therefore, would do the needful.

“Nothing much has changed in terms of development in this constituency since NPP took office,” a former District Chief Executive of Ketu North, Mr Kofi Lawson, said.

He admitted that Mr Dzamesi was a strong candidate but would still not win because the people had not felt the impact of the change that brought the NPP into power.

According to him, major development projects in the municipality, including a multi-purpose four-storey district administration, fire station at Penyi, investments in agriculture, water,

sanitation, rural electrification were all done by the NDC.

On the contrary, a Volta Regional NPP communications team member and also a member of Mr Dzamesi’s campaign team, Mr Enoch Amegbletor, said “this is the time for Mr Dzamesi to get the nod for Parliament.”

He said Mr Dzamesi had remained loyal, continued to work hard and displayed statesmanship which endeared him to the people, although he had never won the seat.

Aside from that, he said, the NPP had major projects, including giving a facelift to senior high schools in the constituency, the construction of a warehouse, Dzodze town roads, street lights, among others, to its credit.

“The people still remember that it is the NPP that gave them the district and, therefore, will reward our candidate,” he said.

The ground is charged for a fierce contest in this election. It is the electorate in the constituency who will decide who emerges victorious.