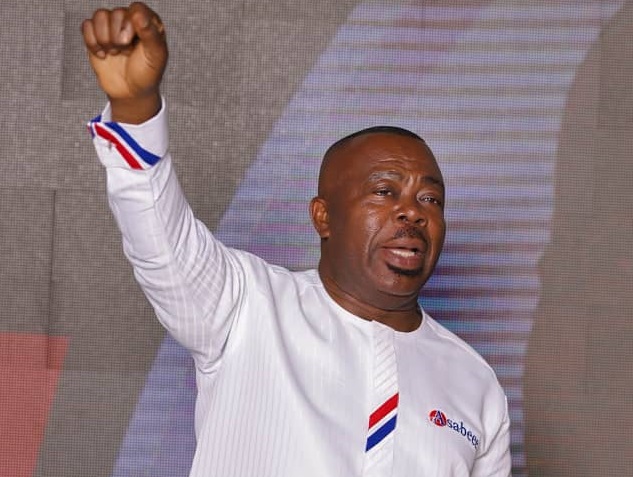 A National Chairman hopeful of the New Patriotic Party (NPP), Stephen Asamoah Boateng, has described himself as the "field commander" that the party requires to retain power come 2024.

"The battle in 2024 is not child's play; it is tough. We have the National Democratic Congress (NDC) as a strong contender; and if you have such an opponent, you take them on from armchair approach at our peril.

"We do not need a tie-wearing chairman but a field commander; which I offer you," he said.

The former Director-General of the State Interest and Governance Authority (SIGA) stated this at the launch of his campaign in Accra yesterday.

The core supporters of the Asabee chairmanship bid at the event were some constituency executive from Mfantseman West and Cape Coast South.

They sang his praise and shouted slogans that portrayed the chairman hopeful as a unifier, seasoned politician and indefatigable leader.

Amid shouts of "Kukurudu! breaking the eight with Asabee," the former Information Minister declared that he was going all out to win the national championship of the NPP and lead the party to electoral victory come 2024.

He launched the campaign document, highlighting what he described as a seven-point vision "to build a solid party.

The seven points included unifying the party, strengthening party structures, building the finances of the party at all levels, ensuring that 40 per cent of appointments go to the grassroots, building welfare system for the party and ensuring women and youth empowerment.

Touching on party unity, the former Mfantseman West Member of Parliament (MP) described himself as "the magnet whose humility, fortrightness, boldness, high energy and organisational ability" would attract people of various backgrounds to work for the party.

Mr Asamoah Boateng said he would put in systems to strengthen the relationship between members of the party and the government by rolling what he termed agenda 60:40, a programme that would ensure that 40 per cent of political appointments went to the grassroot.

"Asabee intends to vigorously pursue the agenda 60:40 whereby the party negotiates 40 per cent of political appointments to go to the rank and file with the 60 per cent going to the President and his core team," he said.

Again, he said all departments and wings of the party would be well-resourced to ensure functional offices across the country.

On the issue of welfare, Mr Asamoah Boateng said he would lead the way to build a robust welfare system to support party members to meet their needs.

He said at the centre of his vision was the promise to champion women empowerment and youth development.

"This is important to me, and I will see to the empowering of women and the youth to be entrepreneurial, learning and growing to leave a solid legacy for future generations,” he said.