I've done 72%, not 48%. I disagree with IMANI's assessment of my government - Akufo-Addo 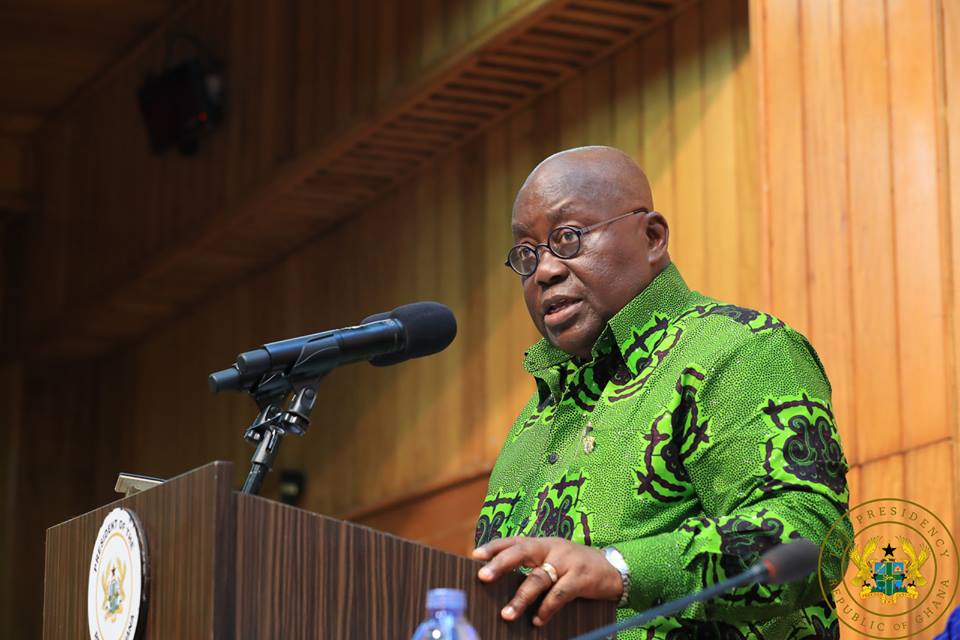 President Nana Addo Dankwa Akufo-Addo says he disagrees with IMANI's 48% assessment of his government's delivery on its manifesto promises.

To him the 48 per cent credited to his government by IMANI is inaccurate and therefore disagrees with it.

Addressing a media encounter at the Jubilee House on Friday [December 13, 2019], President Akufo-Addo said there is enough information that tells that his government is delivering on its manifesto promises.

"Our assessment is the accurate one", he said, pointing out that government had done 72 per cent on promises and not the 48 per cent.

"I disagree with the 48% assessment. ... in terms of campaign promises that have been delivered and are being delivered, the figure that we are working with is the figure of 72, not 48 per cent, in terms of the promises that have been delivered and those that are in the course of being delivered. So we have a fundamental disagreement on the figures. I believe there is enough information to show that our figure, our assessment is the accurate one."

IMANI Ghana, a think tank, had indicated in a report recently that 27 per cent of the 510 promises the party made in its 2016 manifesto had been fully fulfilled, with an additional 21.75 partially kept.