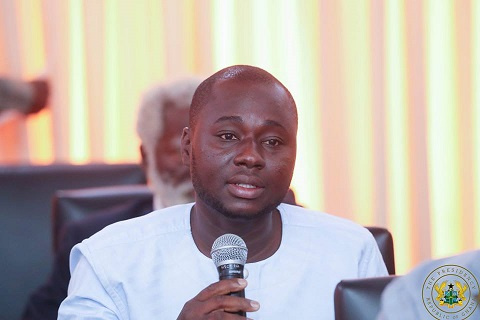 A Civil Society Group, Mass Action Committee has condemned former President Mahama’s warning that the National Democratic Congress (NDC) will not accept the results of  any “flawed election" come the December 2020 polls.

The former president, who is also the flagbearer of the party, was addressing a flag-raising ceremony at the NDC headquarters at Adabraka in Accra to mark the 28th anniversary of the formation of the party and said the NDC would do its part to ensure that the country remained peaceful and the electoral process proceeded smoothly but cautioned that the party would not accept the results of a flawed election.

But according to the group, such sweeping remarks by President Mahama without providing the proper context has suffered the fate of wrong interpretation and speculation.

The group therefore advised persons opposed to the compilation of a new Voters Register to stop intimidating officials of the Electoral Commission and rather channel their grievances through legal means.

Speaking at a press conference in Accra, convener of the  group, Atik Mohammed said several comments have been made suggesting the use of violence to either disrupt the registration exercise or harm the persons of Electoral Commission officials.

He said the group finds such utterances reprehensible and accordingly condemn them in the strongest terms possible.

He therefore advised all those who are afraid of a “flawed election” including the former President, to join hands with all Ghanaians to make the upcoming exercise successful.

“A flawed election is generally seen as one that is not free, fair and transparent. One of the defining features of a free, fair and transparent election is the existence of a credible register. All objective and patriotic citizens concede the register and the Biometric Voter Management System (BVMS) in their current form, have some problems that tend to undermine the credibility and sustainability of the register".

"To this end, a new register affords us an opportunity to solve these problems and enhance the credibility of the roll. By enhancing the credibility of the register, we are minimizing the probability of a flawed election. All those who are afraid of a “flawed election” including the former President, should therefore join hands with all Ghanaians to make the upcoming exercise successful” he added.

EC’s constitutionally sanctioned decision to compile a new electoral register, has suffered opposition from a few groups and individuals for varied reasons.

Some groups and persons have raised concerns about EC’s move to compile a new register threatening that they will use violence to disrupt the exercise.

Mr. Mohamed added that individuals found to have been engaged in such acts should be dealt with to the fullest extent of the law.

"We further wish to state that, all individuals found to have been engaged in such an act should be dealt with to the fullest extent of the law.” He stated.

He emphasized that “Although for the most part, these reasons are unstable and inconsistent, it has always been our position that the proponents are entitled to express them. In point of fact, we encourage them to do so because that is what our democracy prescribes. And where they feel strongly about their views, we have always advocated that they use all means permissible under the law, especially the law courts to articulate their case".

He also called on the security agencies to continue to protect Ghanaians from all "enemies of democracy" and to subject all such to the full rigors of the law especially those who intend to unleash mayhem on innocent Ghanaians during the registration period.