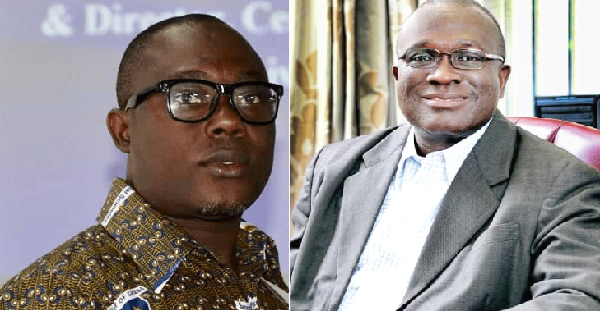 Two political scientists have called on members of the Appointments Committee of Parliament to ensure that only nominees who demonstrate clear competence are given the nod.

According to them, vetting of ministerial nominees was one of the mechanisms to ensuring accountability on the part of the Executive arm of government to the Legislature.

They argued that it was important for the committee to give the right signal of its willingness to assert its true role within Ghana’s democratic space by giving approval to nominees who qualify for the position.

The political scientists, a Public Administration expert, Professor Joseph Atsu Ayee and a Professor of Political Science at the University of Ghana, Legon, Professor Ransford Yaw Gyampo, said this in separate interviews with the Daily Graphic.

Sharing their views with the Daily Graphic on the assessment of the vetting process, the political scientists said the vetting committee must serve as a sieve to present to Ghanaians ministers who were ready to bring on board innovations and be ready to serve the citizenry with humility.

Prof. Ayee said repetition of questions from members on the vetting committee had made the whole process lack certain qualities.

Prof. Ayee said there should be a convention that would spell out the number of hours a nominee should spend at the vetting.

‘It looks as if some of the nominees have been over-stretched which I think it is not good for the health of both the nominee and the vetting committee.

‘‘The Attorney General designate, Mr Godfred Dame, spent almost six hours on the panel and is not the best, especially in this COVID-19 era,’’ he said.

For his part, Prof. Gyampo said some members of the vetting committee had demonstrated limited research and grasp over the critical issues relating to the various sectors that required more probing.

He said there had been the usual practice where the minority group had always asked probing and sometimes more inquisitorial questions, while the majority group asked questions at making the nominees look good because of the easy responses that such questions usually elicit.

‘‘This attitude of members of the vetting committee is indicative of the possibility of parliamentarians sticking to their disingenuous practice of remaining overly partisan rather than working together for the common good of Ghanaians,” he emphasised.

According to Prof. Gyampo, over the years, those tendencies had led to petty partisan approval of unqualified people as ministers in charge of various ministries.