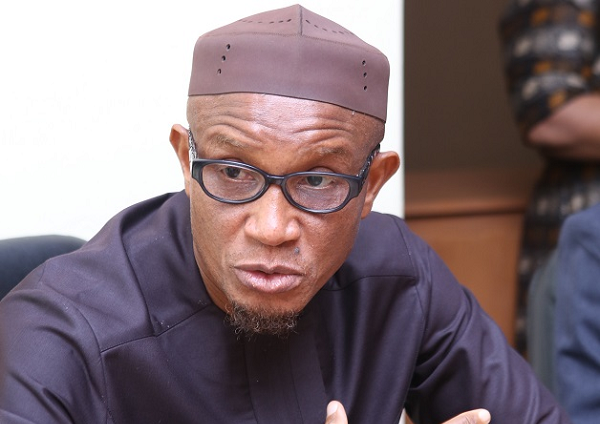 With 53 days to the December 7, 2020 elections, the New Patriotic Party (NPP) has pledged its commitment to maintaining the peace and stability of the country.

“As indicated by President Nana Addo Dankwa Akufo-Addo, efforts have been made by the relevant State security agencies to ensure that the sanctity of the elections is safeguarded.

“Hence, this election will undoubtedly pass the test, and Ghana will again emerge victorious,” it stated and urged Ghanaians to overwhelmingly endorse the re-election bid of President Akufo-Addo.

At a press conference held in Accra yesterday, the Deputy Campaign Manager of the NPP, Dr Mustapha Abdul-Hamid, therefore, called on stakeholders including the opposition National Democratic Congress (NDC) to commit to peace ahead of the elections.

Like past elections, he said, the 2020 general election would be a test of the political fortitude of the country and that the NPP-led government would prove to the world that the peace and democracy of the country reigned supreme.

He further called on all Ghanaians, especially, Civil Society Organisations (CSO), the National Peace Council, leaders of religious organisations and Chiefs, to condemn any plan by any political party especially the NDC to misinform Ghanaians and to create fear and panic in the country.

Dr Abdul-Hamid said the NPP picked up signals that the opposition National Democratic Congress (NDC) was planning to reject the results of the 2020 general election.

He said the NDC intended to do that by unleashing a series of co-ordinated attacks on the basis of a non-existent collusion between the Electoral Commission (EC) and government to rig the 2020 general election.

He said the NDC had also set out to project the EC as not credible, incompetent and biased, and also to create a false sense of insecurity to hoodwink the electorate.

These, the NPP Deputy Campaign Manager indicated was evidenced by the NDC’s incessant attacks on the EC, the integrity of its processes and persistent doomsday sensational proclamations to court disaffection for government, with the ultimate aim of salvaging their plummeting electoral fortunes.

Dr Abdul-Hamid said the NDC was pursuing all those activities as a knee-jerk reaction to avert the defeat that awaited the party on December 7, 2020.

He reiterated the assurance made by government that the peace of this country would not in any way be compromised before, during and after the elections.

He said the NPP’s grassroots engagement had received massive public endorsement, while that of the NDC lacked steam resulting in instances of rejection by the people and leading to the suspension of campaign activities of its flag bearer and running mate.
“We of the NPP have also not been