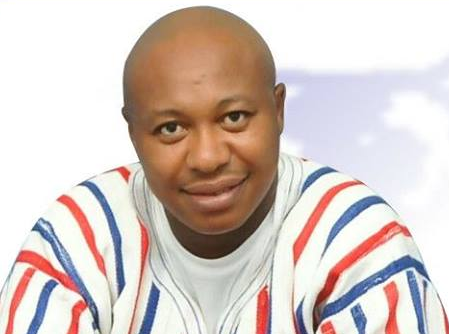 The New Patriotic Party (NPP) says its performance in the Central Region in last year's elections was creditable despite losing nine of its parliamentary seats to the National Democratic Congress (NDC).

The Central Regional Secretary of the party, Mr Richard Takyi Mensah, said the party's presidential candidate, Nana Addo Dankwa Akufo-Addo, won decisively with over 52 per cent of the valid votes in the region, calling it “an impressive performance by all standards”.

He said it was obvious that the people of the region were impressed with the performance of the NPP government, its policies and programmes, and were ready to give it four more years to govern.

"If you observe, you realise that our presidential candidate won in 19 of the 23 constituencies. The only constituencies where he lost have traditionally been NDC,” he said.

Mr Mensah said it was, however, unfortunate that the NPP lost nine of its parliamentary seats to the NDC in the region.

"Many factors account for this. Some were beyond our control and were local unresolved issues,” he explained.

Mr Mensah said the NDC parliamentary candidate for the Upper Denykyira West Constituency was once an NPP member who defected to the NDC.

“He also hailed from Ayanfuri, which had a high voter population, so we lost in all the polling stations in Ayanfuri except one,” he said.

The ban on illegal mining, commonly called galamsey, is seen as yet another factor, with many settlers in Subin and its environs having been affected by the ban on the trade.

In Assin North, the NPP's Abena Durowaa Mensah, the incumbent MP, lost to the NDC’s James Gyakye Quayson by over 2,000 votes.

"They voted ‘skirt and blouse’ (for the NPP’s presidential candidate and then the NDC’s parliamentary candidate). We won in the presidential election in the constituency,” he added.

He said some roads, including the Assin Nyankumasi-Senkyem road, which had not been constructed, might have contributed to the NPP losing the Assin North seat.

For the Twifo Atti Mokwa Constituency, Mr Mensah said the seat was an NDC seat since 1992 and the NPP won it only in Election 2016.

“Twifo Atti Mokwa has many settler farmer communities whose members are predominantly Ewes who usually vote for the NDC. The NPP managed to capture the seat from the NDC in 2016, but it returned to the NDC when they presented Mr David Vondee who they saw as one of their own and voted for him, though we did a lot of work in that constituency,” he stated.

The Cape Coast North and South constituencies were shared by the NPP in the north and the NDC in the south, but the NDC snatched both seats.

Mr Mensah said the seats were taken because the NPPs numbers came from mainly the schools and the universities and they were on vacation.

“The two universities, the University of Cape Coast and the Cape Coast Technical University, are institutions where our numbers come from. This time the universities and the schools were on vacation, and this affected us a lot. If you look at the difference, you will realise we could have won the Cape Coast North seat, for instance, with a small margin if we had the educational institutions in session," he said.

On the loss of the Asikuma-Odoben Brakwa seat, Mr Mensah said although the NPP held the seat, it had never won it by more than 500 votes.

“Apart from this factor, the sitting MP lost the primaries, and we came to the election with a new candidate,” he explained, saying where the candidates hailed from was also a factor.

“The NDC candidate hailed from Bedum, a relatively bigger community, and managed to get even NPP members to vote for him. The same issue of skirt and blouse played out there. Nana Akufo-Addo won the seat with over 6,000 votes," he said.

He said the Ekumfi Constituency had always been a seat for the NDC, with the NPP winning it by only about 600 votes in 2016.

"They only switched back to the tradition this time," he said.

He said the failure to construct the Gomoa Ankamu-Dawurampong road was one major reason why the party lost the Gomoa West seat. Even with that, he said, President Akufo-Addo won the presidential race in the constituency.

He said there were local issues which resulted in supporters voting skirt and blouse in Gomoa East.

Mr Mensah said it was clear that the party could not ignore happenings in local communities, saying they played critical roles in parliamentary elections.

“We will look at all the issues, adopt new strategies and come back stronger," he said.

He stated that the NPP continued to be a strong force in the Central Region, adding that with the performance of its presidential candidate and even the votes garnered by its parliamentary candidates, the party was still a force to reckon with and would come back even stronger in the next election.