Breathing life into Separation of Powers in 1992 Constitution 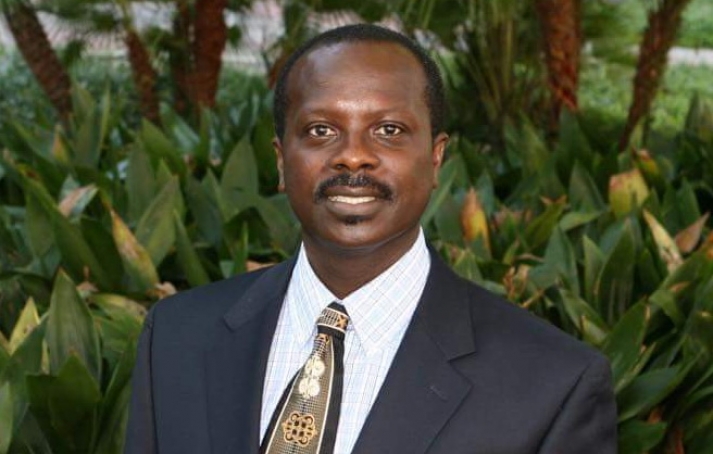 Separation of powers is a generally accepted political doctrine, which can be traced back to Aristotle’s thesis that each constitution must have a deliberative, official and judicial element.

In its purest formulation, government is divided into three coordinate branches — the legislature, the executive and the judiciary — each of which is assigned an identifiable function of government to perform, free from the encroachment of the other branches.

The legislature is the law-making body. The executive is all the institutions and persons concerned with the implementation of the laws. The judiciary determines disputed questions of fact and law. Furthermore, the persons who compose the three agencies of government must be kept separate and distinct, no individual being allowed at the same time to be a member of more than one branch.

The essence of this political architecture is to allow each of the branches to serve as a check to the others so that no single branch, or for that matter group of people, are able to control the machinery of the state. Although no system of government attains this pure form of separation of powers, it is also not seriously disputed that some form of separation of powers is a sine qua non for the prevention of despotism and the attainment of public liberty.

In theory, Ghana’s fifth Constitution embraces the doctrine of separation of powers

In practice, the details in the design of the Constitution, the voluntary surrender of power by the legislature and illiberal judicial decisions and practices have culminated in an imperial presidency. Thus, some have argued that a President who operates under the 5th Constitution is as powerful as the President who operated under the 2nd Constitution or even under some of the military regimes, even if the latter made no pretences that they disfavored separation of powers.

The problem starts with a ruling by the Speaker of the first Parliament, in 1993, that has had the effect of dispensing with a Private Member’s Bill. Article 108 provides that Parliament shall not proceed upon a bill that in the opinion of the person presiding imposes a charge on the Consolidated Funds or other Public Funds. Since that Speaker, and apparently subsequent Speakers, concluded that a bill necessarily imposed a charge on the consolidated funds, the strange convention has developed that bars legislators from initiating private members’ bills.

The effect of this convention is that members of parliament are elected to Parliament to wait for the executive to bring them bills to work on. Curiously, this literal, narrow and absurd reading of the Constitution to strip Parliament of its legislative powers has even been extended to bills to amend the Constitution. Thus, rather than being a law-making body, Parliament has been reduced to a body that rubber stamps laws that the executive forwards to them. Not only does Parliament defer to the President, its emasculation extends to the inability to rein in administrative bodies like the General Legal Council.

as a springboard to becoming ministers.

The victim is the abdication of legislative oversight of the executive, which is at the heart of separation of powers. In a 2017 Report by Odikro as many as 39 out of the 71 MP-Ministers absented themselves from sittings at least 15 times between the first and second meetings of the first session of Parliament.

The problem does not end there as patronage is extended to the Boards of State-Owned Enterprises, creating a completely dysfunctional governance model where legislators are also board members of enterprises for which they are supposed to exercise legislative oversight. In a most recent case, a legislator acted as an attorney of a company that was seeking Parliament’s approval of a transaction.

While only the judiciary can exercise the judicial function, it is slow to resolve disputed facts and law and often strains to uphold executive authority. For instance, while the Constitution commands that the President appoints members of the Electoral Commission acting on the advice of the Council of State, the court has interpreted this requirement as if the President merely has to consult with the Council of State.

While the current President has been in office for three years, he has appointed nine judges, including two Chief Justices. Admittedly, many of these appointments are made to replace retiring judges and there no systematic evidence of a deliberate effort to undermine judicial independence. Nevertheless, it feeds the perception that the President is packing the court to gain influence over judicial decisions.

It is perhaps useful to briefly touch on another concept of separation of powers that divides powers vertically between the national government and the local government. While Article 240(1) requires that the country has a decentralized local government and administration, in practice much of the local power is controlled by the President via his powers to create districts at will, appoint district chief executives and a third of the members of the district assemblies.

To breathe life into the separation of power doctrine, there is a need to amend Article 108 to allow MPs to introduce private member bills. It is not an entrenched provision of the Constitution and can be amended with a two-thirds majority. Fortunately, Speaker Professor Mike Ocquaye has signaled that even in the absence of a constitutional amendment, Parliament can address this problem. It is expected that the ongoing process to revise the Standing Orders of Parliament will contain provisions to allow MPs to introduce non-finance bills.

It is necessary to amend Article 78 to allow a President to choose majority of Ministers outside Parliament and also to have a ceiling on the number of Ministers required for running government. Unfortunately, the Constitutional Reform process has stalled and there is a need to jump start the process.

We also need to place a ceiling on the number of Supreme Court justices and to require all of them to hear all cases, especially those with constitutional ramifications.

In the short term and in the absence of a constitutional amendment, as was suggested as far back in 2003 by Professor H. Kwasi Prempeh, there is a need to develop conventions to address some of these gaps rather than take actions that maintain the status quo or exacerbate the problem.

In respect of Article 78, through a convention developed between the Executive and Legislature, a cap on number of ministers can be reached. Ideally, it can double the number required of a cabinet (38) excluding regional ministers. A similar convention can be adopted to provide for a ceiling on the number of Supreme Court Justices to be appointed.

The author is a Democracy and Development Fellow in Public Law and Justice at the Ghana Center for Democratic Development (CDD-Ghana).