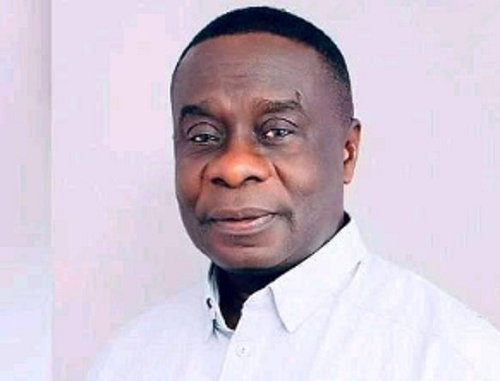 The Court of Appeal has dismissed two applications filed by the National Democratic Congress (NDC) Member of Parliament (MP) for Assin North, Mr James Gyakye Quayson, to appeal the High Court's decision prohibiting him from holding office as an MP.

The MP, through his lawyers, filed three applications to appeal for stay of execution, an issue of interpretation at the Supreme Court under Article 94(2) clause (a), and application to file supplementary grounds of appeal to support substantive case before the court (affidavit).

However, the court presided over by Justice Irene Charity Larbi, along with two other justices, refused his motions for a stay of execution and a Supreme Court hearing on an issue of interpretation of Article 94 (2)A.

It, however, adjourned the case for the appellant to file further grounds to support the substantive matter before the court.

The case was subsequently adjourned to January 24, 2022.

Mr Quayson's filed a substantive action in which he challenged the High Court's verdict on his dual citizenship matter.

The courtroom was packed with political heavyweights including the General Secretary of the New Patriotic Party, Mr John Boadu, Mr Peter Mac Manu, Campaign Manager of the NPP in the 2020 general election among other personalities and some members of the general public.

There was heavy security presence.

However, on August 2, 2021, Mr Quayson appealed the ruling of the court.

In a petition filed at the Court of Appeal, he asked the court to quash the decision of the Cape Coast High Court.

It was the case of the MP that the trial judge erred in nullifying the parliamentary election in the constituency.

“The judgement is wholly against the weight of the evidence,” he stated.

The appellant pointed out the particulars of error of law contained in the ruling of the trial judge.

For instance, he said Section 1(2) of the Evidence Act 323 makes the determination of foreign law (in this case,

Canadian law pertaining to owing allegiance to Canada) a question of fact to be proved by leading evidence.

“The High Court did not allow for proof of foreign law in the determination of the issue of whether or not the appellant owed allegiance to a country other than Ghana,” he said.

Citing a Supreme Court ruling in Re: The Republic v. High Court (Commercial Division) Accra, the appellant said per Article 129(3) of the 1992 Constitution, all courts were bound to follow decisions of the Supreme Court on questions of law.