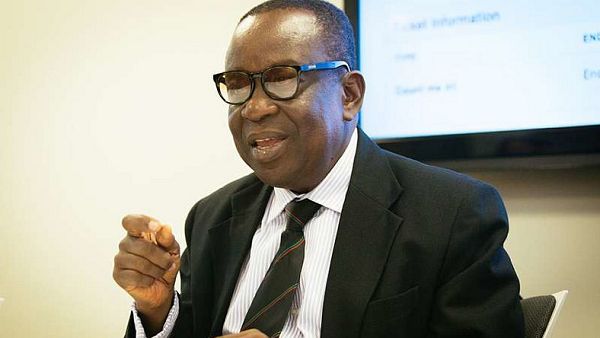 The First Deputy Speaker of Parliament, Mr Joseph Osei-Owusu, has directed the ministers of National Security, Defence and the Interior to appear before the House to brief members on the security situation in Bawku in the Upper East Region.

“I direct that the Minister of National Security, with the assistance of the ministers of Defence and the Interior, does brief the House urgently on the security situation in Bawku,” he said.

The directive came after some Members of Parliament (MPs) from both sides of the House raised concern over the current emerging conflict in Bawku.

The MPs said to de-escalate the tension in the area, the three ministers must brief the House on the situation to help unravel the factors behind the conflict and what urgent steps were needed to defuse the tension.

Raising the concern first on the floor, the Minority Chief Whip noted that photos emerging from the conflict were very disturbing, to the extent that “our colleagues from the enclave are scared to be heard talking about it”.

Mr Muntaka said due to the delicate nature of the conflict and its associated brutalities, the House should be interested in summoning the three ministers to brief the House on the development.

“Even if it is a closed-door sitting, the ministers of National Security, Defence and the Interior must be directed to appear before this House for us to know exactly what is happening and what steps are being taken to help manage the difficulties,” he said.

“I know the conflict is a very long-outstanding issue, but the current happenings are not healthy for us,” he added.

Getting the ministers to brief the House, Mr Muntaka said, would help unravel accusations that some of the security persons deployed to the area belonged to some of the factional groups.

“This will help stop the escalation of the violence and mayhem that is going on in Bawku,” he said.

For his part, Mr Boamah said in January this year, the Bawku Naba had paid a courtesy call on the President, who gave the chief an assurance of the government’s support and the security needed to protect the people of Bawku and its surroundings.

He also said although Bawku had military presence, recent happenings from the areas were not encouraging, especially after the meeting between the President and the Bawku Naba.

“We require the ministers of National Security, the Interior and Defence to brief the House, especially having read this morning that three soldiers were shot; this is very dangerous,” he said.

Mr Suhuyini said the tension in Bawku was a serious development, for which reason Parliament must lead efforts at finding solutions to the conflict.

He said the citizens were complaining that soldiers deployed to the area to provide security had sometimes “become a threat to the security situation”.

“These soldiers go into homes and search, and when they find even a machete, they begin to harass the residents and make them pay money, in some instances,” he alleged.

“This tells you that there are a cocktail of issues that we have to be briefed adequately on to see how we can contribute to bring down tension in that area,” he said.

Mr Annoh-Dompreh commended the Minister for the Interior, Mr Ambrose Dery, for instituting some interventions to bring down tension in the area.

He, however, concurred on the need for the Speaker to invite the three ministers to the House to have a closed-door meeting to discuss ways to find a lasting solution to the situation.

“I support the call, but we should tread cautiously and do more of closed-door briefings to strategically plan to contain the situation; it must be quick and immediate,” he said.

Bawku: Operation to evict traders from road side turns chaotic

Bawku: One person feared dead, 4 others arrested after sporadic shooting