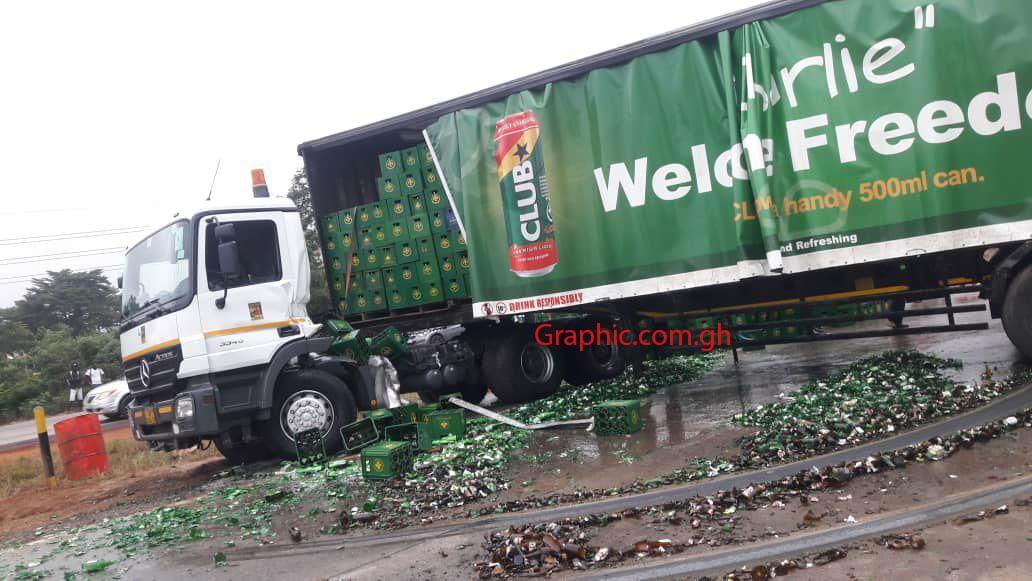 This is the truck which was transporting the beer and was involved in the accident. PICTURE BY DELLA RUSSEL OCLOO Follow @Graphicgh

There was a free booze frenzy on the Accra-Tema motorway on Thursday dawn following a road accident which involved a truck, which was transporting beer.

The accident reportedly resulted in the death of one person, a driver's assistant [mate], who was reportedly run over by another vehicle at the accident scene.

According to some eyewitnesses, the deceased was trying to chock the wheels of one of the accident vehicles when another vehicle run over him. 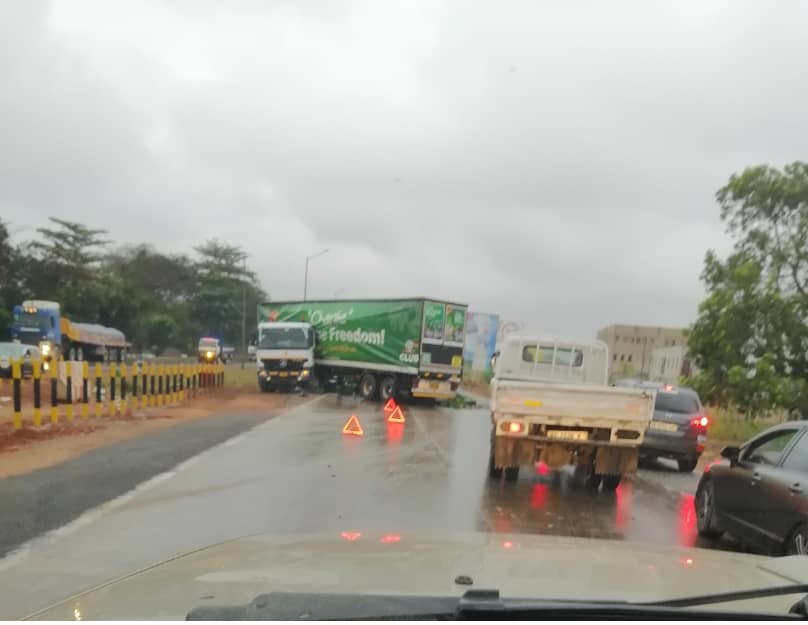 The truck carrying the beer was reportedly trying to overtake another vehicle but veered off the road, as a result of the dawn rainfall which had made the road slippery, according to some eyewitnesses.

Some of them said a total of 15 vehicles were involved in the subsequent bumper to bumper crash. 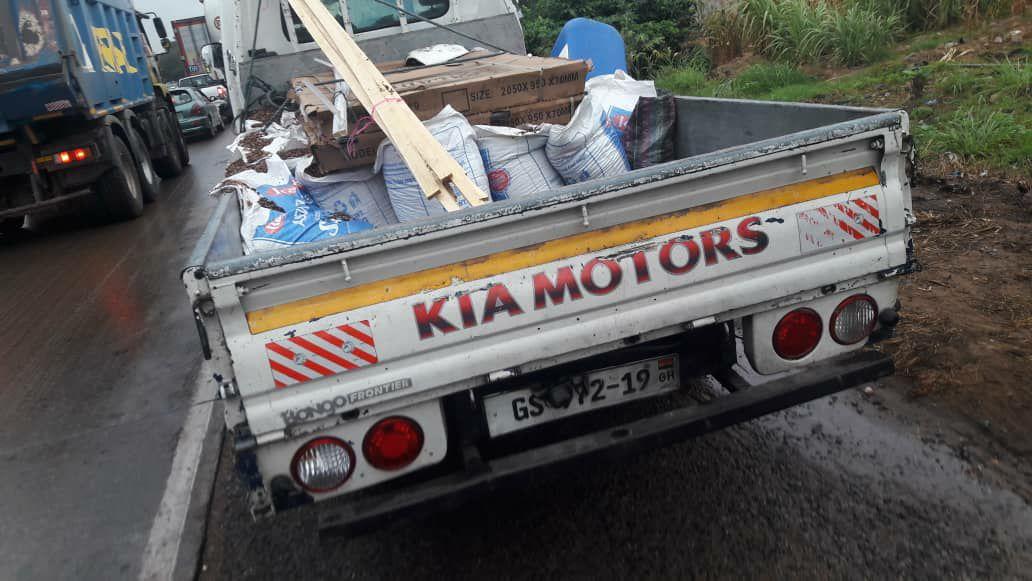 The accident, reportedly happened at dawn whilst it was drizzling and therefore the road was slippery.

After the first accident, the truck blocked the road and so other vehicles also reportedly run into it according to the eyewitnesses.

The deceased, was reportedly in one of the vehicles which run into the truck, and whilst he was trying to chock the wheels from further accidental movement, another vehicle, which was unable to stop as a result of the slippery road run over him in the process.

One eyewitness said the 'mate' was unconscious when he was removed and was taken to the hospital.

PHOTO: This is the truck that reportedly killed the mate. PHOTO BY DELLA RUSSEL OCLOO

The police was yet to confirm the death at the time of filing this report.

Meanwhile, some of the rescuers who volunteered to assist and rushed to the scene could not help but treat themselves to the beer that fell off the accident truck.

Once it was not costing them anything, the locals, male and female treated themselves to several bottles of beer in the early morning incident.

In a television interview with UTV [Watch videos attached below], one of them said, he had drunk more than 10 bottles whilst another said he was on his 15th bottle.

One also boastfully said he had drunk about 30 bottles insisting that he was tired from the rescue mission and therefore deserved to console his "soul."

Watch some of the eyewitnesses narrating what happened in the UTV interview.