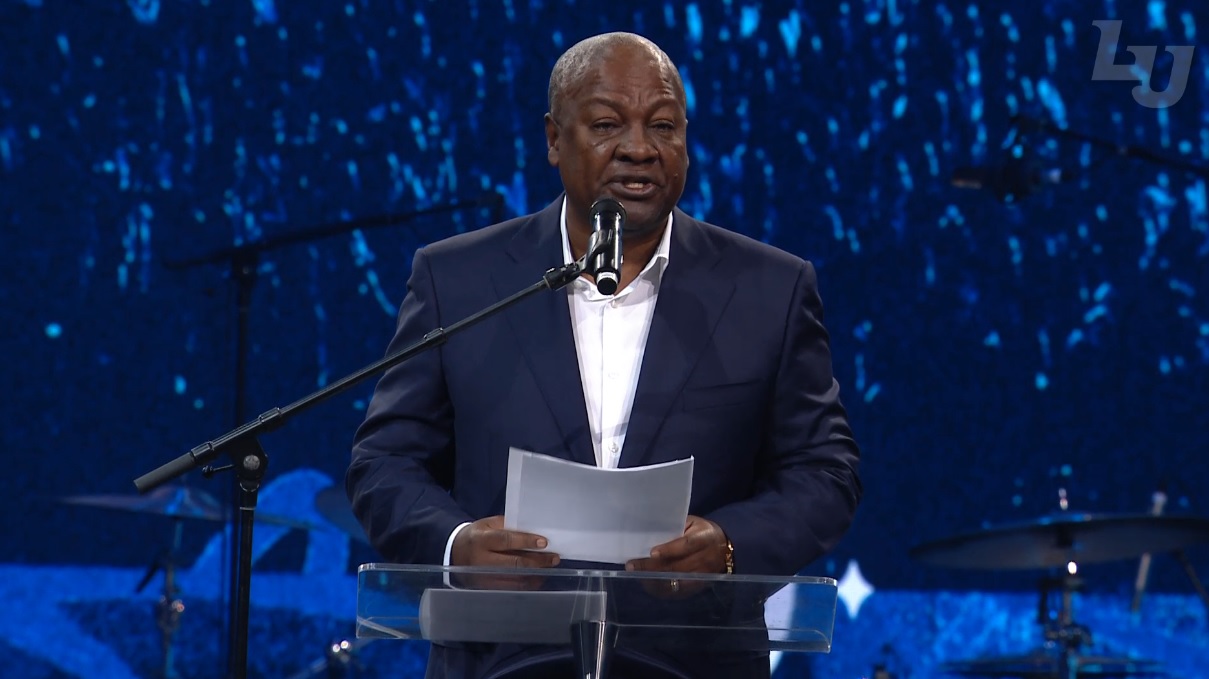 He spoke about issues such as how to solve unemployment among the youth.

He was was a special guest of honour at the 2022 Convocation at Liberty University in Michigan of the United States.

Attached below is a video from the convocation

Mr Mahama spoke about the need for government to tackle the growing rate of youth unemployment and said the high rate of youth joblessness was a matter of national security concern that requires serious tackling.


“Government owe it as a responsibility to do all they can to secure the peace and safety of the nation, but above all to reduce youth unemployment. This is necessary to ensure that the young people do not become easily recruitable to fill the ranks of the insurgence due to frustration and lack of opportunity”, he said.

The former President while condemning the activities of Boko Haram in the sub-region revealed that the youth stand a chance of being recruited if opportunities are not created for them.

“Ghana is an Island of religious calmness in a sea of turbulence as almost all our surrounding neighbours have in recent times experienced some major form of insurgency, coup d’états or other conflicts, including religious conflicts.”

“In all these acts, one thing is clear, leadership at all levels including the family, the school, the church, the government all have the responsibility to educate and inform the impress young members of our society about the imminent threats and dangers out there”, he emphasized.