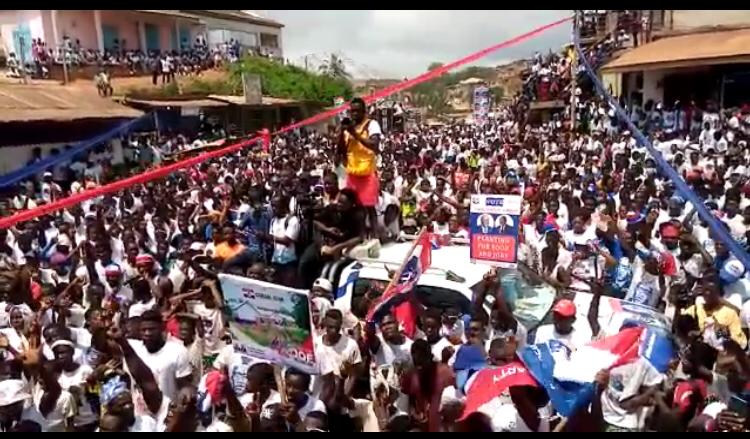 Thousands of residents in the Essikado-Ketan constituency of the Western Region have poured out on the major streets within the constituency to support their Member of Parliament and the NPP Parliamentary Candidate, Hon. Joe Ghartey.

Major streets in Kojokrom, Kasaworodo, Ketan, were all taken over by residents on Saturday, October 31, 2020, as they rallied behind Honourable Ghartey who is seeking re-election in the December 7, 2020, parliamentary elections.

The mammoth crowd marched through the streets dancing and singing, expressing their admiration and support for Hon Ghartey.

The massive crowd will come as a boost to the re-election bid of Hon Ghartey who has lead the NPP in the Constituency as a Member of Parliament for 16 years.