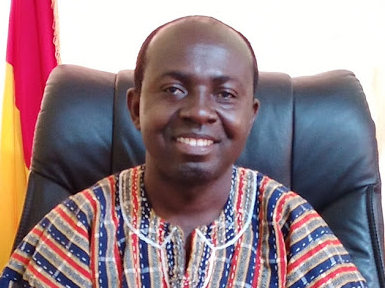 The District Chief Executive for Gomoa East, Mr Solomon Darko Quarm, has called on the government to elevate the district to a municipality status.

According to him, per the assembly’s data, the district had a population of more than 300,000 people, which obviously qualified the district to be elevated to a municipal status.

“I, therefore, wish to call on the people to actively participate in the ongoing census to enable the district to have an accurate data that will pave the way for the district to be elevated to a municipal status,” he said.

Mr Quarm made this call during the second ordinary meeting of the second session of the second assembly of the Gomoa East District Assembly at Gomoa Potsin last Tuesday.

The Gomoa East District was among the 38 districts that were created by President Nana Addo Dankwa Akufo-Addo and inaugurated in 2018.

Mr Quarm admonished the people to take the ongoing census seriously and provide the needed information to the enumerators to enable the district to gather accurate and reliable data for development planning purposes.

For his part, the National Democratic Congress (NDC) Member of Parliament for the area, Mr Desmond Degraft-Paitoo, called on the assembly members to be united at all times to enable them to attract the desired development into the district.

“I entreat you to be united as first assembly members of the new district in order to champion the growth and development of the area so as to serve as a lasting legacy for the district,” he stressed.