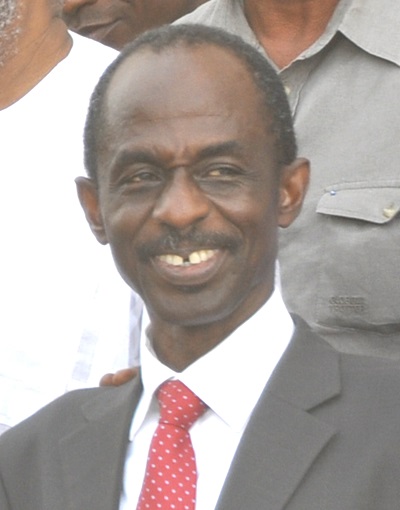 The General Secretary of the National Democratic Congress (NDC), Mr Johnson Asiedu Nketia, yesterday began his evidence-in-chief in the presidential election petition at the Supreme Court and denied claims of irregularities during the polls.

He led evidence on four categories of irregularities as spelt out by the petitioners and rebutted each of the allegations.

For instance, Mr Nketia stated that it was not true for the star witness for the petitioners, Dr Mahamadu Bawumia, to state that polling stations were recognised by their serial numbers.

He explained that in his 34 years of observing elections in the country, polling stations had always been recognised by their names and unique codes, adding that serial numbers did not impact on the results of elections.

Mr Nketia, who is popularly called General Mosquito, stated that polling station names and codes were crafted such that anyone conversant with elections would recognise polling stations by letters of the alphabet, except I, for each of the 10 regions of the country.


He said, for example, that the code number for the Brong Ahafo Region begins with G, while those for the Greater Accra and the Ashanti regions began with C and F, respectively.

According to him, no polling agent, as far as he was concerned, had received training on serial numbers as security features.

Led by the lead counsel for the NDC, Mr Tsatsu Tsikata, Mr Nketia refuted allegations of over-voting, voting without biometric verification, the call for the annulment of votes at the polling stations which had the same serial numbers, no signature of some presiding officers on some pink sheets, as well as voting taking place at some 23 unknown locations.

He gave contrary evidence to the petitioners’ claim and stated that each of the alleged infractions was false and made in bad faith.

Testifying on behalf of President John Dramani Mahama and the NDC, Mr Nketia formally informed the court that the President had given him the power of attorney to testify on his behalf.

Responding to the petitioners’ claim that over-voting was recorded during the December 7 and 8, 2012 presidential poll, the witness replied that there was nowhere that over-voting took place.

Reacting to Dr Bawumia’s claim that over-voting meant ballots cast exceeded the number of ballots issued, Mr Nketia said, “I have heard of it. This is the first time over-voting has been defined that way in my 34 years of observing elections in this country.”

In any case, Mr Nketia stated that he was not aware of anyone filing a formal complaint at any polling station with regard to the issue of over-voting.

On the petitioners’ allegations that some voters were allowed to vote without undergoing biometric verification, Mr Nketia indicated that it was not true and further pointed out that he was not aware that there was any formal complaint in that regard.

The witness was shown copies of some pink sheets which said persons voted without undergoing prior biometric verification but he repudiated that assertion and attributed such errors to “clerical errors”, adding, “All polling agents have certified these results.”

He described special voting as polls conducted for persons who would not be available at their various polling stations on the day of polls and further indicated that sorting and counting of ballot papers for those special votes were not done until the close of polls on voting day.

Mr Nketia indicated that in that instance, one would find same polling station numbers and codes on two pink sheets but different signatures of polling agents and presiding officers, adding that every political party knew in advance areas where special voting took place.

Touching on allegations by Dr Bawumia that blank spaces on pink sheets gave room for over-voting, Mr Nketia denied that assertion and said, “Blank is blank.”

He also explained that such blank spaces could also be attributed to clerical errors and further pointed out that there was no protest recorded on any pink sheet.

No Signature on Pink Sheets

Witness admitted that the EC had trained polling agents and presiding officers to sign pink sheets after the declaration of results and then forward the sheets to the collation centre.

He stated, however, that nowhere had a presiding officer lodged a formal complaint on why he/she had not signed a pink sheet.

He further explained that polling agents of the petitioners and the other polling agents were all present to observe elections at the said unknown locations.

The witness said he had been involved in meetings of the Inter-Party Advisory Committee (IPAC) prior to the conduct of the December 2012 presidential and parliamentary elections and at those meetings the modalities and processes to be adopted before and during the elections had been spelt out and agreed upon by the Electoral Commission (EC) and political party representatives.

He said 52,004 people were selected and trained to represent the NDC at all the 26,002 polling stations across the country.

He explained that two agents were deployed to each polling station across Ghana to ensure that: persons who were not entitled to vote did not vote, there was no multiple voting, no one tampered with the content of ballot boxes, focus on the tally of votes cast to avoid cheating, as well as ensure that electoral officers conducted their duties in accordance with the rules that apply to the elections.

He also informed the court that the EC organised training for all agents of political parties and went ahead to show the court a copy of the guidelines issued by the EC for the conduct of the polls.

The witness also took the court through the voting process he underwent on voting day and was asked if he visited other polling stations on the day of the polls.

But counsel for the petitioners, Mr Philip Addison, objected to that line of evidence on the grounds that it was immaterial and had not been pleaded to by the President and NDC.

Mr Tsikata responded and indicated those issues had been pleaded and were, therefore, relevant to the determination of the case.

The court, in a 5-4 majority ruling, overruled the objection.

Mr Nketia is expected to continue his examination in chief on Tuesday, May 28, 2013.

The hearing of the substantive petition, which has the Presidential candidate of the New Patriotic Party (NPP), Nana Addo Dankwa Akufo-Addo, his running mate, Dr Mahamadu Bawumia and the Chairman of the NPP, Mr Jake Obetsebi-Lamptey, as petitioners began on April 17, 2013.

The petitioners have alleged that the December 7 and 8, 2012 presidential election was fraught with malpractices of over-voting, non-signing of pink sheets by presiding officers or their assistants, voting without biometric verification and duplicated serial numbers of pink sheets.

However, President Mahama, the EC and, the NDC have denied that any such irregularities occurred during the election.

The hearing of a motion for review filed by Mr Tony Benony Amekudzi, the lawyer whose application seeking to pray the court to dismiss the petition on the grounds that the President cannot be sued, has been adjourned to May 28, 2013.

Writer’s e-mail: This email address is being protected from spambots. You need JavaScript enabled to view it..