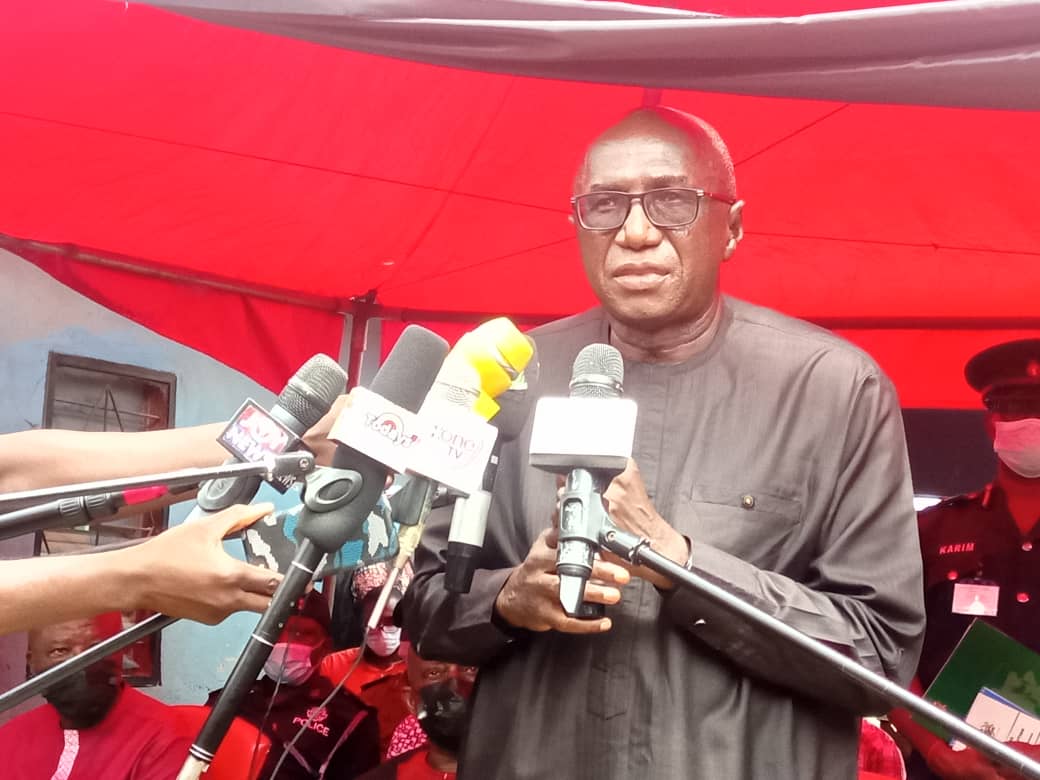 The Minister of Interior, Mr Ambrose Dery has constituted a three-member Ministerial Committee to conduct a public inquiry into the June 29, 2021 incident in Ejura that led to the death of two residents of Ejura following a clash between the youth and security personnel.

The committee which is chaired by a Justice of the Court of Appeal, Justice George Kingsley Koomson, has 10 days within which to present a report.

Other members of the committee included Dr Vladmir Antwi-Danso, a Security Expert and Ms Juliet Amoah, Executive Director of Penplusbytes, a not for profit organisation in good governance and the promotion of new media with Ms Marie-Louise Simmons, a Principal State Attorney as the Secretary.

Mr. Dery announced the composition of the committee at Ejura on Thursday, July 1, 2021 during a visit to the palace of the Ejuramanhene, Barima Osei Hwedie II.

The minister led a government delegation to Ejura to commiserate with the people of the area on the death of three of residents of Ejura this week.

He said the committee was to investigate the incident and make recommendations to forestall a reoccurrence of such an incident in Ejura or its occurrence anywhere in Ghana.

Mr Dery said the committee was made of trusted people and believed that they would be able to make appropriate recommendations after a thorough investigation of the unfortunate incident of June 29, 2021.

“This committee, I believe, is a committee of prominent personalities of this country, trusted and I believe that within the 10 days given ending July 9, 2021, the unfortunate circumstances would be investigated and appropriate recommendations made,” he said.

According to him, the committee was to help the country to move forward and to avoid the recurrence of the unfortunate incident in Ejura and any other place in Ghana.

“We expect that their recommendations would help us do that and we hope that the Ghanaian public and the citizens and residents would help,” he pleaded

The Minister of the Interior assured the Ejuramanhene of the commitment of the government to ensure peace and security in Ghana to ensure that Ghanaians felt safe.

He reiterated that the June 29 incident would be investigated and recommendations made and “we want to reiterate the point that all the fundamental human rights stated in Chapter Five of our constitution would be implemented including the right to demonstrate.”

“They are not asking for permission, they give notice to the police because the government has a duty to protect all demonstrators during demonstrations, to make sure that no harm comes to them. It is the duty of the government,” he stated.

He said following the incident that took place in the town on June 29, 2021 there was the need for him to visit the area to acquaint himself with the facts and also commiserate with the bereaved families.

The minister who was accompanied by the Ashanti Regional Minister, Mr Simon Osei-Mensah and the Director General of the Criminal Investigations Department of the Ghana Police Service, Commissioner of Police Mr Ken Yeboah, later visited the families of the bereaved and to commiserate with them and also presented an on behalf to the government, presented a token to them.

The Ejuramanhene Barima Osei Hwedie II, urged the government to find a lasting solution to the election violence that usually occurred in the area.

He said the traditional council has offered land for the construction of a Divisional police quarters in the area as part of the measures to increase security within the traditional area.

He was hopeful that the committee would unravel the circumstances that led to the unfortunate incident that took the life of two young men and propose solutions that would forestall a future recurrence.

On Saturday, June 26, 2021, social media activist Macho Kaaka was attacked by some unknown assailants in front of his house at around 1:30 am and was left in a critical condition.

He was rushed to the Ejura Government Hospital where he was referred to the Komfo Anokye Teaching Hospital on Monday, June 28, 2021 at around midday.

Following the news about his death, the youth of Ejura decided to go to a demonstration on that Monday but this was quelled by the police with assistance from the military.

However, on Tuesday June 29, 2021 on their return from the cemetery where they went to bury their compatriot, the youth decided to demonstrate to call for justice for the murder of Macho Kaaka.

In the process, they clashed with the security personnel leading to the death of Abdul Nasir Yussif and Muntala Mohammed.