Ejura disturbances enquiry: I was compelled to dispatch military — Minister 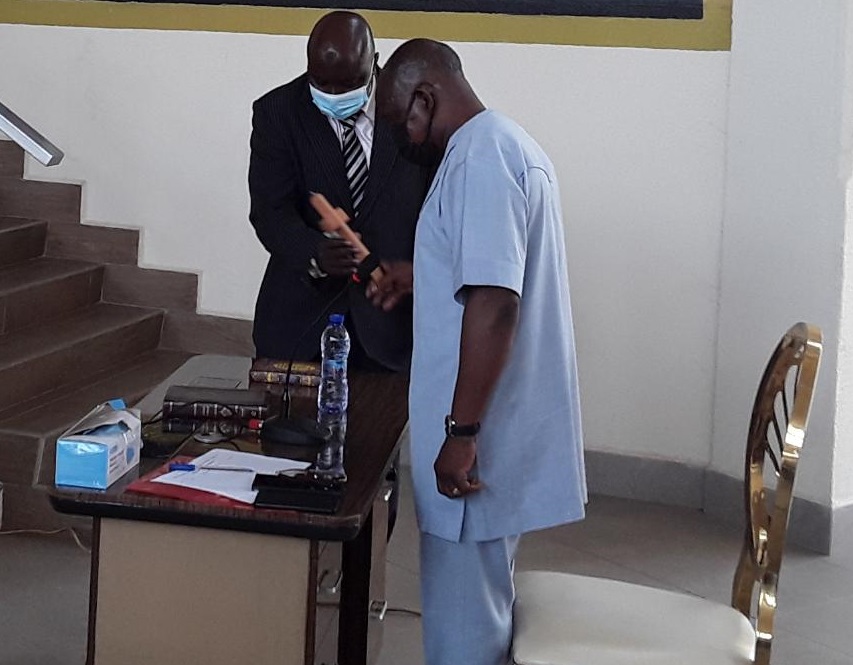 The Ashanti Regional Minister, Mr Simon Osei-Mensah, has told the Committee of Inquiry into the Ejura shooting incident that he was compelled to call in the military to maintain peace and order in the area following intelligence reports.

He said information he picked up on the ground indicated that the youth of Ejura were going to demonstrate and vandalise properties on their return from the cemetery after the burial of their friend, Ibrahim Mohammed, alias Macho Kaaka, the Social Media activist who had been killed by unknown persons the previous day.

The irate youth, according to the minister, had earlier attempted to vandalise the properties of two suspects in police custody for their alleged involvement in the attack on Kaaka.

Consequent to that, he said, the youth had attacked the police station in the area, saying it had to take the assistance of an Operation Calm Life team to restore order in the town.

Mr Osei-Mensah, who was giving his evidence before the committee, chaired by Justice George Kingsley Koomson, at its first sitting in Kumasi yesterday, explained that as the Chairman of the Regional Security Council, he needed to take action to protect lives and properties.

The minister said he had asked the Commanding Officer of the Fourth Infantry Battalion, Lieutenant Colonel Peprah, to dispatch some of the members of the Calm Life team to Ejura to support the police, who were overwhelmed by the situation.

Although the minister took responsibility for the presence of the military at Ejura, he was unable to tell who had shot at the victims.

The three-member fact-finding committee was set up by the Minister of the Interior, Mr Ambrose Dery, on July 1, 2021 on the orders of President Nana Addo Dankwa Akufo-Addo.

The other members of the committee are Dr Vladimir Antwi-Danso and Ms Juliet Amoah.

Asked by Dr Antwi-Danso whether he had followed laid down procedure to involve the military in the exercise, Mr Osei-Mensah said there was not enough time to hold a strategic security meeting before deploying the soldiers.

According to him, lives and properties were at stake and as such he had to jump-step the process.

The minister commended the police for exhibiting professionalism during the incident, while singling out the driver of the police water cannon vehicle which was seen in a video on social media retreating from the surging youth at Ejura for praise.

He claimed that but for that action by the driver, more casualties could have been recorded that day.

The video, which went viral on social media, saw the water cannon vehicle retreating from some youth who were running towards the vehicle while throwing stones at it.

The vehicle, which was splashing water on the surging youth, eventually retreated and sped away from the scene.

When asked about the source of the video, the witness said it was sent to him by one of his sources in the town and was shared with security heads in the region.

When asked if he could produce the person to give evidence before the committee to ascertain the veracity of the video, Mr Osei-Mensah said producing the person would undermine his management of security in the region.

According to him, many people provided him with vital security information, and that it was his duty to protect their identity.

Even though he was given an assurance by the chairman that the evidence would be taken in camera and the identity of the witness protected, the minister said he was unable to jeopardise the life of his source and, therefore, pleaded with the committee to accept the video as coming from him.

The minister accused one Wakas, a member of #FixTheCountry Campaign, for instigating the youth to go on rampage and destroy properties on their return from the cemetery after the burial of Kaaka.

A journalist with the Multimedia Group, Mr Erastus Asare-Donkor, who was at the scene during the incident, told the committee that the military had been high-handed with the youth of Ejura.

He said Yussif and his partner had supported them in their coverage before the arrival of the military and the police at the scene.

Asked if it was appropriate for the media to link Kaaka’s death to his alleged involvement in the #FixTheCountry campaign, Mr Asare-Donkor said even though there had not been any independent checks to know if Kaaka was truly a member of the pressure group, his activities were not different from what the group was fighting for.

He, however, claimed that the attack that led to Kaaka’s death had nothing to do with the #FixTheCountry campaign.

On Saturday, June 26, 2021, social media activist Macho Kaaka was attacked by some unknown assailants in front of his house around 1:30 a.m., leaving him in a critical condition.

He was rushed to the Ejura Government Hospital, from where he was referred to the Komfo Anokye Teaching Hospital around midday on June 28, 2021.

After news broke about his death, the youth of Ejura decided to go a demonstration that Monday, but that was quelled by the police, with assistance from the military.

However, on their return from the cemetery after burying Kaaka on June 29, 2021, the youth decided to demonstrate for justice for the murder of Macho Kaaka.

In the process, they clashed with the security, leading to the death of Yussif and Mohammed.

On July 1, 2021, the Minister for the Interior, Mr Ambrose Dery, constituted a three-member committee to investigate the shooting incident and make recommendations to the government.