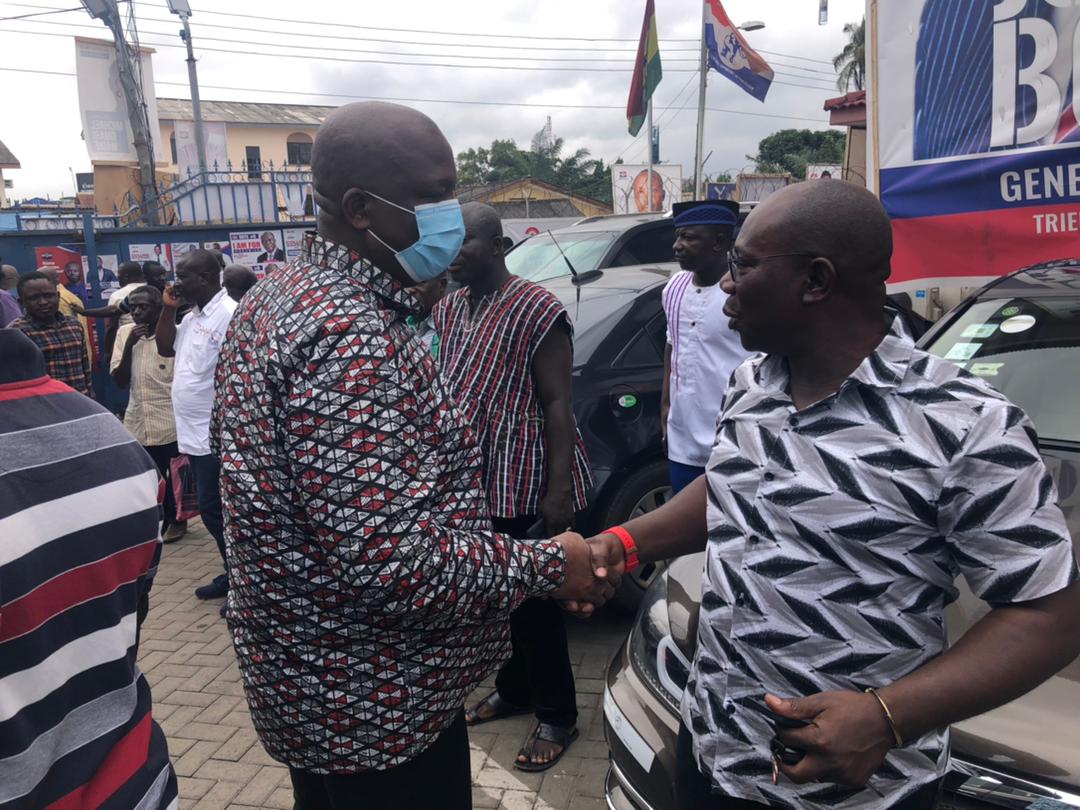 The Electoral Commission (EC) and the Ghana Police Service (GPS) have advised candidates aspiring for national executives’ positions in the New Patriotic Party (NPP) to comply with electoral laws of the country.

The NPP is expected to hold its National Delegates Conference to elect its national officers from Friday, July 15 to Sunday, July 17, 2022 at the Accra Sports Stadium.
Friday’s meeting with the EC and the police was, therefore, part of activities by the party towards the delegates’ conference.

The Director of Electoral Services of the EC, Dr Serebuor Quarcoo, who was part of the EC officials at the meeting, told the <I>Daily Graphic<$> that elections were governed by laws and therefore it was imperative that the candidates, and especially their followers obey those laws.

“The electoral laws are there, and if anyone commits an offence, the police told them at the meeting that it will enforce the law,” he said.

According to him, at the meeting, the EC took the candidates and the election committee through the modalities of the elections and the processes they would entail.

He explained that the EC would set up 26 polling stations and was hoping to conduct the whole elections within five hours.

Again, he said the EC was currently training its officers for the elections to ensure that the EC conducts its mandate of supervising the elections effectively.

“The NPP is conducting the elections, but our mandate is to supervise the elections in line with the laws of the land,” he said.

The Director of Elections of the NPP, Evans Nimako, told the <I>Daily Graphic<$> that the meeting was a platform for the all stakeholders in the elections- the candidates, the planning committee, the EC and the security agencies to meet and ensure that the elections were successfully conducted.

He said the candidates were sensitised on the elections and the need for them and their supporters to comport themselves in a manner that would not derail what he described as the democratic principles of the NPP.

“We discussed the voting system, the register and others. They raised concerns on proxy voting, and the election planning committee assured them that all their concerns would be addressed appropriately,’’ he said.

He also mentioned that rules and regulations governing political parties’ elections were clear and the party would not shield anyone who violated such laws.

“The police have assured us that they would take up any issue relating to violation of the law during the conduct of the elections and we expect the police to do that,’’ he said

Mr Nimako said the NPP had put in place measures that would ensure free, fair, transparent and credible elections, adding: “this stakeholder engagement would ensure that we have a smooth arrangement for a successful election”.

Meanwhile, the National Council of the NPP has ordered the removal of all billboards in public space by the candidates .

A statement dated July 7, this year, and signed by the Director of Communications of the party, Yaw Buaben Asamoa, said the removal of the billboards was part of additional rules set by the party for the conduct of the elections.

“There shall be strict enforcement of security protocols. To this end, only delegates and accredited persons would be allowed access to the venue,” the statement added.