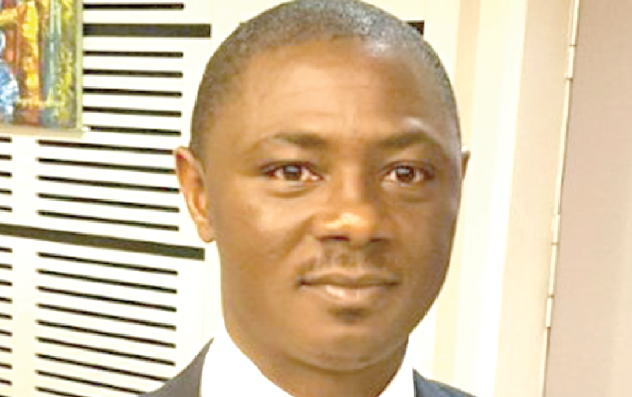 Documents at the Electoral Commission (EC) show that Dr Joseph Kwaku Asamoah, the Director of Finance of EC, was not at post when the GH¢480,000 got missing from the commission’s staff endowment fund.

Official correspondence between the Chairperson of the EC, Mrs Charlotte Osei, and the director of finance, indicated that Dr  Asamoah assumed office as Director of Finance in October 2014, following the retirement of the then Director, Mr Samuel Yorke-Aidoo.

Prior to coming to office, he was the Electoral Commission’s internal auditor.

He became a signatory to all the commission’s financial accounts on November 21, 2014 after the commission wrote to its bankers to inform them.

The documents further revealed that Mrs Osei, on February 5 2016, wrote to the former director of finance, requesting an official response to what she termed the misapplication of proceeds from the staff endowment fund.

In a February 18 2016, response, Mr Yorke-Aidoo disclosed that  “The whole matter relating to the inability to transfer funds into the endowment funds, from my own perspective, has to do with the financial crisis the commission suffered during the period 2012 to 2014”.

He added: “I am amazed and appalled that this history or story could neither be narrated by any of the officials concerned who are all in the commission currently nor could be ascertained from documents of financial transactions all available in the Commission but should require a report from me as former director of Finance to reinforce an existing perception and an unfortunate impression that I spearheaded the misapplication of funds in the commission”.

Following the response, the commission’s Deputy Chairperson in charge of Finance and Administration, Georgina Opoku Amankwa, herself caught up in the EOCO investigations, charged Dr  Asamoah to cause an investigation into the expenditure.

Dr Asamoah replied that he was neither at post as director of finance, nor was he in any position to influence management’s decision regarding financial administration of the endowment fund during the period of the alleged loss.

Sources at the EOCO say Dr Asamoah met with the EOCO investigative team about two weeks ago.

The finance director has, however, proceeded on leave even though there were reports last week that he said he would not leave.

The Economic and Organised Crime Office (EOCO), has been grilling Dr Asamoah, a Deputy EC Chair and another official over their alleged involvement in the loss of the cash.

Mrs Osei recently directed three officials to step aside following the discovery of the anomaly for investigations to continue. They are Dr Asamoah, Ms Opoku Amankwa and the Accountant, Mr Agyei Kwaku Larbi.