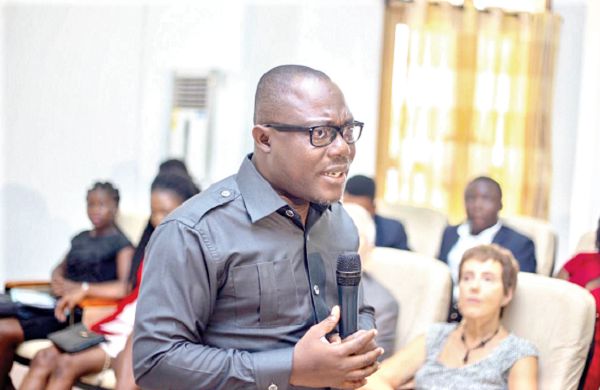 A professor of Political Science at the University of Ghana, Legon, Professor Ransford Gyampo, has called for stiffer punishment for citizens who use their affiliations with political parties to commit crime.

That, he said, would serve as a deterrent to others.

He explained that allowing such persons to go scot-free was not good for the country.

Prof. Gyampo, who shared his thoughts with the Daily Graphic, said excessive partisanship, particularly a display of party colours to shield offenders from punishment had been the major cause of lawlessness in the country.

“In a situation where everybody knows a big man who can give an order from above to undermine an attempt to enforce laws, impunity becomes the order of the day.

‘‘In a regime of impunity supported by excessive partisanship, especially where political elites find it difficult to deal with their own, one can practically get away with murder,’’ he stated.

He said not until political leaders became bold enough to deal with their own when they “go contrary to the law, the nation would continue to witness indiscipline among the citizenry”.

He was of the view that impunity among the citizens could be that either the one perpetuating a crime or the one expected to deal with the criminal were both ignorant of the laws that forbade a particular crime from being committed.

Prof. Gyampo further explained that the high levels of impunity in the body politic of transitional democracies such as Ghana, was due to the fact that some of those institutions which had been tasked to make sure citizens obeyed rules and regulations were weak.

He said Ghana could only succeed if it built a critical mass of citizens who could reason beyond partisanship and attempt to strengthen institutions.

‘‘Rules must be predictable, that is one must be able to foretell what is likely to happen when he or she flouts the rules. It is when the rules are well known, enforced, and internalised that we can say there are strong institutions,’’ he remarked.