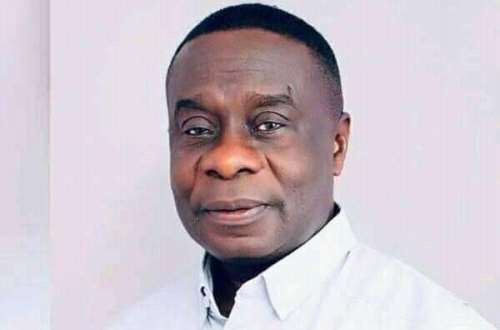 The National Democratic Congress (NDC) candidate for the 2020 Assin North parliamentary election, Mr. James Quayson, has filed an application to stay the ruling of the Cape Coast High Court that annulled his election as MP, pending the hearing of his appeal.

The High Court on July 28, following a petition by an Assin North constituent, Michael Ankomah-Nimfah, declared Quayson's election as void because he owed allegiance to a country other than Ghana, contrary to provisions of Ghana's constitution.

Justice Kwasi Boakye who heard the case also ordered a new election to be organised for the constituency.

But Quayson, who until the ruling represented the constituency in Parliament, has since filed an appeal to the ruling.

In a new application to stay the execution of the Cape Coast High Court, he says that the decision of the High Court was clearly in error, as for instance, the issue of whether he owed allegiance to a country other than Ghana under article 94(2)(a) of the 1992 Constitution is a matter that can only be properly determined by recognizing that this is a question of fact by virtue of the Evidence Act, 1975 (NRCD 323) and evidence has to be led, in this case, of Canadian law on the matter.

Among other legal arguments, Quayson says the issue of interpreting and enforcing article 94((2)(a) in respect of owing allegiance to a country other than Ghana is a matter that the High Court ought to have referred to the Supreme Court under Article 130 (1)(a) and 130(2) of the 1992 Constitution and the refusal or failure of the High Court to do so impairs the legal validity of its decision.

Click on this link to read the Stay of Execution application in full (pdf).