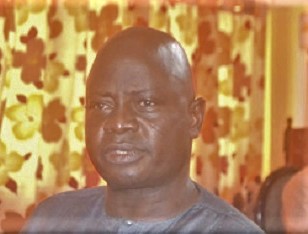 The Upper East Regional Minister, Mr Stephen Yakubu, has directed the Bolgatanga Municipal Assembly to take immediate steps to demolish all unauthorised structures to give a facelift to the regional capital.

According to him, it was a very worrying development that unauthorised structures kept springing up indiscriminately within the Bolgatanga Municipality without recourse to laid down building regulations.

Mr Yakubu gave the order while addressing staff and management of the Bolgatanga Municipal Assembly during a visit to the assembly.

He tasked the management of the assembly to make sure that residents adhered to building regulations, saying “even if a building is constructed in the middle of the road, it will be demolished to pave way for the construction of access roads within the communities.

“We need to make sure that we have access roads within the communities for free movement as well as enable the government to construct some social amenities for the benefit of the people”, he said.

Touching on the need for a regional airport, he said the Regional Co-ordinating Council was working hard towards its construction.

“I won’t do politics with the exact location of the airport but I will ensure that it is constructed at a suitable place to achieve its intended objectives”, stressing “I have already visited the Sumbrungu area which was acquired for the construction of the airport somewhere in 1995”.

“Obviously, this new airport, when constructed, will attract many investors and businessmen into the region who often shy away due to the long travel hours to the region by road,” Mr Yakubu stated.

Mr Yakubu entreated the staff to work hard and do away with laziness and absenteeism since they would have a negative effect on the assembly.

“Your mandate is to work hard to increase work output so that through that the political heads will in reciprocation ensure that the needed tools and equipment are readily available to enhance your work,” he said.

For his part, the Municipal Chief Executive, Mr Rex Asanga, lauded the regional minister for his unflinching support to the municipal assembly in their quest to do things differently towards the transformation of the municipality.

He said the assembly would do everything possible to develop Bolgatanga to meet its status as the regional capital.