Cushion citizens against hikes in petroleum products - MP to govt 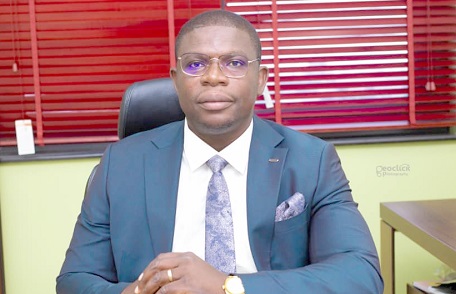 Democratic Congress (NDC) Member of Parliament (MP) for Gomoa West in the Central Region, Richard Gyan-Mensah, has called on the government to take urgent steps to curtail the increasing prices of petroleum products which has made life difficult for the citizenry.

He said the government ought to subsidise prices of petroleum product using revenue from the crude oil windfall profits and suspend petroleum taxes and levies until the price per litre fell below GH¢10.

“The government should ensure Bulk Oil Distributing Companies (BDCs) have a stable supply of foreign currency to import more fuel to meet growing national demand, engage the Bank of Ghana and Association of Bankers on the single obligor limit as trading lines issued to Bulk

Distribution Companies (BDCs) have reduced drastically because of the depreciating cedi,” he said.

Presenting a statement on the nature and effect of persistent hikes in petroleum products in Ghana on the floor of Parliament last Friday, Mr Gyan-Mensah also called on the government to engage and support the BDCs to enable them to import cheaper petroleum products with 50 Part Per Million quality to lower the ex-refinery prices.

“The government may also take a second look at the cost of discharging petroleum products in Ghana, especially at the port and CBM (Cubic Metre) charges which are the highest in the sub-region, compel the Metro Mass Transit and Bus Rapid Transit System (Ayalolo) to provide adequate and cheaper public buses to ease the transportation hardship on Ghanaians,” he stated.

He, however, noted that the international crude oil prices had been steady between September and November 2022, hovering at approximately $95 per barrel, while Ghana’s levies on petroleum products had remained unchanged.

He made reference to data from Global Petrol Prices.com and the National Petroleum Authority website as of the first pricing window in November 2022 that showed that Ghana had the highest petroleum prices among its neighbouring countries.

He, therefore, advised the government to, over the medium to long-term, strengthen the Tema Oil Refinery to fully utilise its 2.6 million and 9,000 metric tonnes storage capacity for petroleum products and LPG respectively, among others.