Coup plot allegation against me is 'despicable and reprehensible' – Mahama 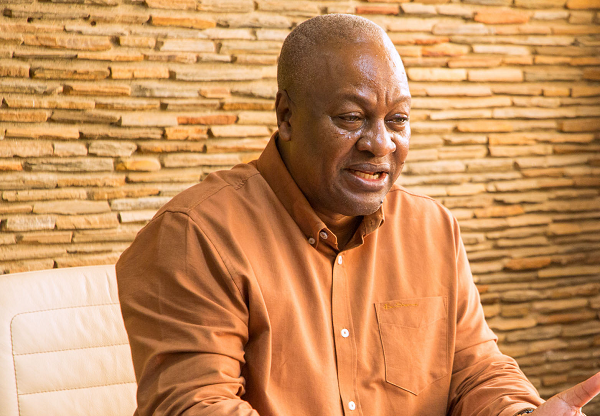 Former President John Dramani Mahama has rubbished claims by the Bono Regional Chairman of the New Patriotic Party (NPP), Kwame Baffoe, alias Abronye, that he (Mahama) was involved in a coup plot.

The former President in a statement issued by his Special Aide, Mrs Joyce Bawah Mogtari, on Tuesday rebuffed the claims by Abronye, saying that he “has not met with any group of people, let alone a terrorist group to plot to stage a coup d’etat.”

Abronye was arrested on Tuesday after making those allegations on radio.

He has been charged with two counts of publication of false news and offensive conduct conducive to breach of the peace.

He has however pleaded not guilty to the charges and has been granted bail in the sum of GH₵100,000.

Abronye in court for publication of false news

Mr Mahama in his statement added that he is a democrat and a strong believer in strengthening democracy not only in Ghana but also across the continent of Africa.

“Therefore, any attempt to align or associate him with anti-democratic activities, acts of destabilization, and abuse of human and other rights, cannot be true,” the statement said.

He further described the allegations against him as “despicable and reprehensible.”

“This further clarification, despite reports of a police action against the said Abronye, is simply to re-emphasise President Mahama’s integrity and democratic credentials,” the statement added.