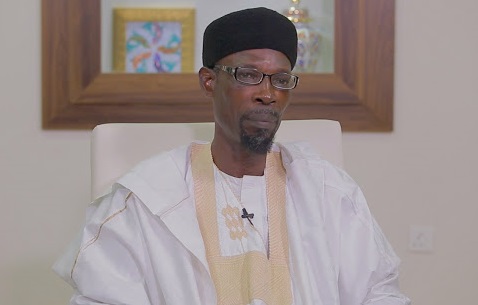 The Coalition of Domestic Election Observers (CODEO) says it is dismayed by unwarranted online attacks on its Acting Chairperson, Sheikh Armiyawo Shaibu after he presented its Parallel Vote Tabulation (PVT) estimates on the 2020 Presidential election on Thursday, December 10, 2020.

CODEO in a statement condemning the attacks said its PVT findings do not represent the personal view of Sheikh Arimiyawo Shaibu who doubles as the spokesperson for the Office of the National Chief Imam but rather the collective decision of the CODEO Advisory Board representing the 42-member organizations of CODEO.

"Sheikh Armiyawo Shaibu has been a longstanding member of the 16-member Advisory Board of the Coalition until his appointment as Acting Chair in 2019 following the passing of CODEO’s Co-Chair Justice V.C.R.A.C. Crabbe and the retirement of its second Co-Chair Prof. Miranda Greenstreet. The views expressed by Sheikh Armiyawo Shaibu on the PVT findings do not represent the view of the Office of the National Chief Imam or his personal view, but rather the collective decision of the CODEO Advisory Board representing the 42-member organizations of CODEO. CODEO condemns the attacks on the person of Sheikh Armiyawo Shaibu, who presented the PVT estimates in his capacity as the Acting Chair of CODEO," the statement said.

Sheikh Arimiyawo Shaibu presented the results of CODEO's PVT estimates last Thursday in Accra. The findings asked Ghanaians to give confidence to the Presidential Election results declared by the Electoral Commission as it reflects accurately how citizens voted on December 7, 2020.

The group said it monitored the election by deploying 1,502 Parallel Voter Tabulation (PVT) Observers across the 275 constituencies in the country’s 16 regions.

Observers who were deployed used a nationally representative random sample of polling stations located in every region and constituency of the country.

"CODEO appeals to Ghanaians to remain calm, law-abiding and allow the systems to work. CODEO further commends the maturity shown by Ghanaians throughout the voting, counting, and collating processes" the Acting Chair of CODEO, Sheikh Arimiyawo Shaibu said at the press briefing.

"Given that the official result announced by the Electoral Commission for each candidate falls within their respective PVT estimated confidence ranges, CODEO can confidently confirm that its PVT estimates are consistent with the official presidential election results.

"Not only do CODEO’s PVT estimates match the official results of the EC, but our observers also reported that the two main parties (NDC and NPP) had party agents at over 99% of polling stations and that both NDC and NPP party agents also signed the official declaration of polls and were given copies of those documents".