2021 Census: Mahama encourages Ghanaians to get themselves counted 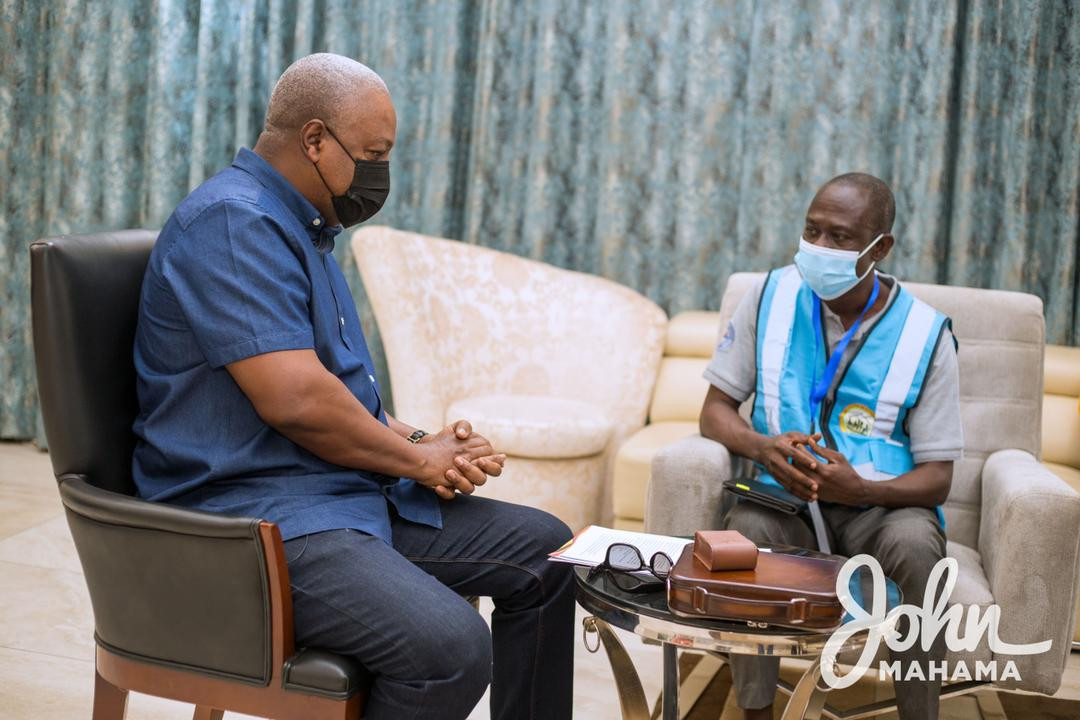 Former President John Dramani Mahama has once again urged all Ghanaians to make themselves available and be counted during the ongoing Population and Housing Census.

Mr. Mahama who has been part of a national sensitization campaign launched by the Ghana Statistical Service ahead of the counting was among the first citizens to be counted on Monday morning {June 28, 2021).

Speaking to the media after his interview with the census official at his residence in Accra, Mr Mahama explained that the data generated from the census would serve as vital statistics to guide national development.

“It is necessary to know how many people live in your country accurately so you can make better provisions in terms of social amenities, in terms of how the economy is managed and in terms of how development is spread so that everybody gets a fair share of the national cake” he stated.

Mr. Mahama also noted that the census data will also help government to consider the creation of new districts and restructure the local government system.

He urged Ghanaians to open their doors and welcome the enumerators when they come to conduct the census.

“Please, when the census officers get to your house, welcome them and answer the very simple questions and let’s have a perfect count.”

Chief Census Methodologist Owusu Kagya gave an assurance that the law mandates and requires that all information collected would be kept confidential and solely for census purposes.