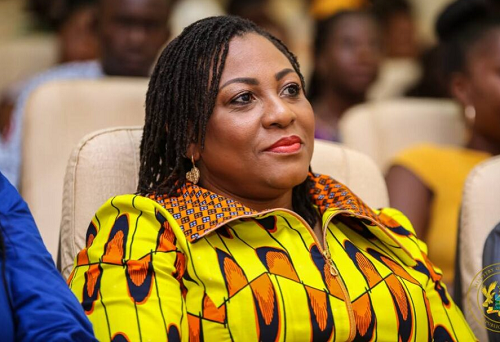 The Chairperson of the National Commission for Civic Education (NCCE), Ms Josephine Nkrumah, has called on the Electoral Commission (EC) and political parties to be tolerant of each other's views and work towards electoral reforms that will help to deepen the country’s democracy.

She said given that political parties played a key role in the electoral process, it was important for the EC to take their views on electoral reforms in good faith and assess them based on their merit.

The NCCE Chairperson made that call in an interview with the Daily Graphic last Tuesday.

The paper had sought the NCCE's view on the proposals the National Democratic Congress (NDC) sent to the EC for electoral reforms.

The main opposition party had restrained itself from meetings organised by the EC for the Inter-Party Advisory Committee (IPAC) to do a postmortem of the 2020 elections and to make reforms to the electoral process.

The Director of Elections for the NDC, Mr Elvis Afriyie Ankrah, explained at a press briefing earlier this year that the party had decided to temporarily distance itself from IPAC because of what he described as "the bastardisation" by the EC leadership.

However, the party recently submitted a 30-point proposal to the EC for electoral reforms.

As part of the proposals, the NDC suggested that the appointment of electoral commissioners should be subject to prior parliamentary approval to cure the process of partisanship.

The party also proposed that the EC be split into two separate bodies, namely an Office for the Regulation of Political Parties (ORPP) and an Electoral Commission (EC) by amending the Political Parties Act, 2000, Act 574.

Among the other proposals were matters of law enforcement, media coverage, the legal status of the IPAC and the structure of the EC.

Responding to a question about what the NCCE made of that development, Ms Nkrumah said since the NDC was a key stakeholder in the electoral process, it was prudent for the other stakeholders to take the reforms and evaluate them on their merit.

"The NDC as a relevant stakeholder in the election process is entitled to make proposals, share their ideas and make suggestions that will improve our democracy," she said.

The NCCE Chairperson, however, said there was the need for due diligence to be done to ensure that any proposals for electoral reforms did not end up creating more systemic problems for the country.

For instance, on the specific issue of splitting the EC into two entities responsible for regulation and election management respectively, she said there was the need for extra caution before such a decision was taken.

In her view, creating an additional layer at the EC was not a sure bet for efficiency.

"I think that instead of necessarily setting up institutions, it is important to ask ourselves if there is another way to resolve the lapses we seek to address without having to set up new institutions," she said.