A media consultant, Mr G.B.K Owusu, has called on Christians, particularly pastors, to be bold in criticising a government that errs and infringes on the right of any Ghanaian. 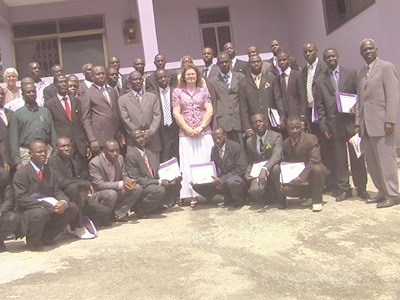 ’’Don’t fear rulers, but tell them the truth as well as offer constructive advice” to shape the destiny of the country”, he stated.

Mr Owusu was addressing  the first graduation ceremony of the Bethesda Centre of Evangelism and Bible School at Anomawobi near Kasoa on Saturday.

He said as Christians, it was incumbent on them to speak against rulers who engaged in corruption, injustice and graft.

Mr Owusu also called on Christians and pastors not to be armchairs in their faith but visit the sick, the have and have-nots, prisoners, widows, orphans as well as the marginalised in society.

He said they must also pray for all political parties and their leaders as well as preach peace, unity, harmony and reconciliation.

He said there was no doubt that every pastor had their political leanings but cautioned  them to desist  from identifying themselves with any political party.

He, however, encouraged them to submit  to governing authorities as well as strive to exercise their rights as citizens and exercise their franchise any time there was an election.

He said the authorities that exist had been established by God and that whoever  rebelled against authority was rebelling against what God had instituted.

He noted that those who rebelled would bring judgement on themselves.

Mrs Sharna Welty, Director of the Bethesda Centre, urged the graduates to study the life of Christ and attempt to follow the pattern Christ had laid down for pastors.

She also challenged them to ask themselves whether they had done their duty in their own household as well as their duty to their neighbours.

Pastor S.T Ankrah, leader of the graduates  urged fellow graduates to be wary of the gospel of prosperity, which was now in vogue.

Pastor Ankrah explained that because most men of God were preaching prosperity instead of the gospel of salvation, many Christians were being led astray and into corruption.